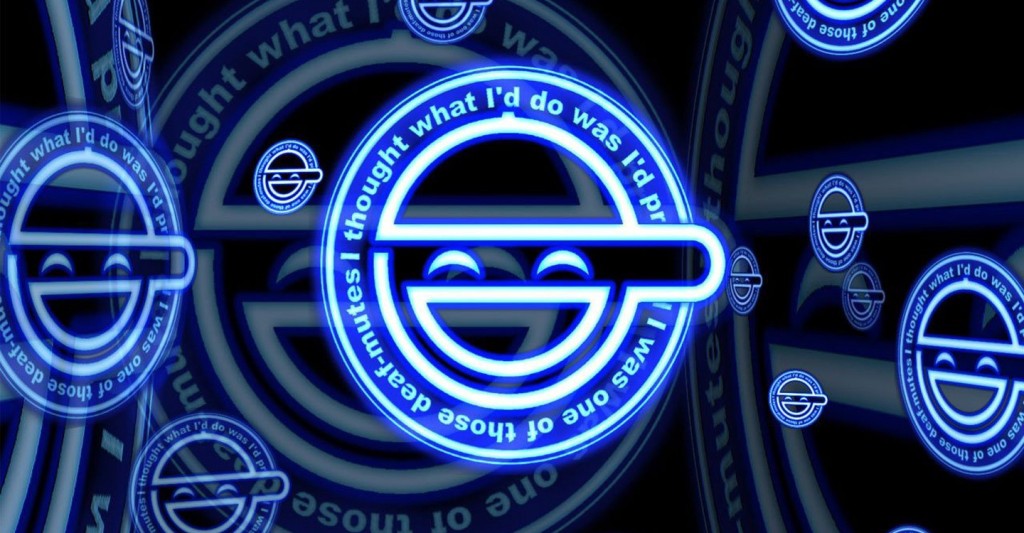 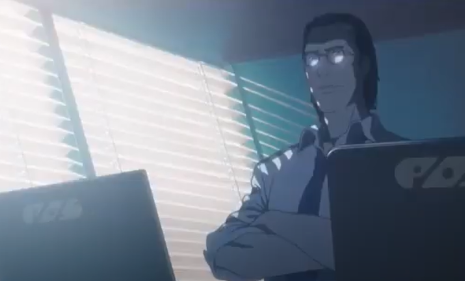 Hello all, and welcome back to my review of Ghost in the Shell: Stand Alone Complex. I have to say, watching these episodes one at a time is helping me appreciate the story a lot more than binge-watching them all. Episode six feels very much like a two-parter with the previous episode and the end of a chapter for the Laughing Man.

Batou and Togusa are unable to stop the virus in time. Slowly it reaches the police guards that are assigned to protect the Superintendent General. The press conference erupts into chaos, as the guards surrounding the general are contaminated by the virus and attempt to assassinate him. Nanao is rewarded for his success with a bullet in the head from a mysterious visitor. 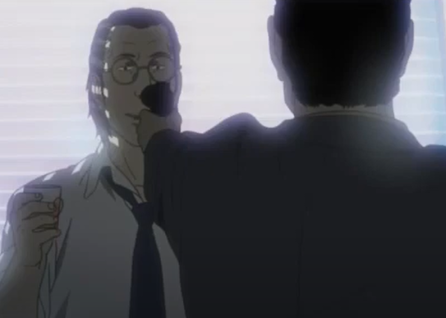 The Major takes control of the situation, taking out the guards with some brutal force, and tries to access one of the guards cyberbrain, but is shocked to find someone else is already in there. Soon after, a member of the crowd also tries to assassinate the General. As the madness begins to grow out of control, a couple of tachikomas help lead the Major and General to safety.

Once the dust begins to settle, Section 9 slowly begin to realise that there were two separate attempts to kill the General at the press conference. One used by Nanao, and another that involved random civilians claiming to be the Laughing Man. Even more confusing is that none of the civilians showed any external manipulation at all.

The Superintendent General announces his resignation, and Aramaki and Motoko visit him in hospital. Unfortunately, they don’t have any flowers or chocolates. However, Aramaki does inform him, that Section 9 will be now investigating the Laughing Man case and the General’s involvement with Serano Genomics. Aramaki asks the Major to arrange flowers for the grave of Detective Yamaguchi. After all, he was the one who revealed this case, and someone had him killed. 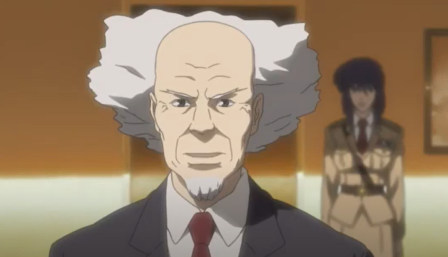 The Laughing Man case keeps getting better and better, and for an animated series, I did not expect so many solid plot twists. I can see why they decided to make this storyline into a feature-length adaptation. I feel there will be a standalone episode next, making this storyline even more desirable. Section 9 has very little involvement in the story at this point and represent the viewer very well. This ongoing feud between the Laughing Man and the Police Department is not straightforward, and the corruption seems to lie with those who are supposed to be protecting its citizens. I guess I’m just left looking for answers at this point! Why was Nanao killed, and by who? Why would everyday people declare themselves to be the Laughing Man and try to kill the General? I’m in the dark, and I love it. I said I’m looking forward to a standalone episode, but now I’m not sure? I can see why so many people hold this series in such high regard. The writing is so powerful, and it draws you in perfectly. 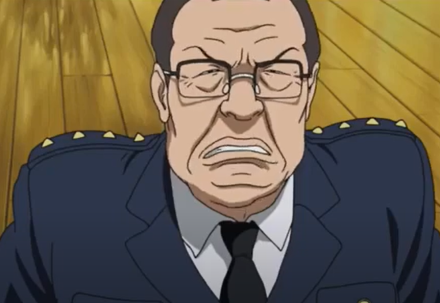 I suppose I should mention some moments that made the episode enjoyable for me. First of all, I love that the Major is aware that someone else is one step ahead of her, the moment when she attempts to access the guard’s cyberbrain and learns she is a little late, is superb. It is just a subtle reminder that Section 9 are dealing with someone or something far bigger than they can perceive at this moment in time. The little old man caught my eye throughout the episode and I’m wondering if he will show up again? I certainly hope so. A pretty brief moment, but the guy on the motorbike looked amazing, what a wonderful design and it caught my imagination. 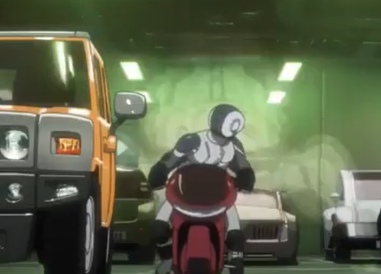 I guess my favourite moment came at the end. Aramaki and the Major are leaving the hospital and Motoko realises that everything looks tinted, like a change in reality almost. The Laughing Man logo can be seen in the most unusual places, like a children’s bag and his influence on the people of this city is growing.

This moment brought back such a strong memory for me. Many years ago, I attended a funeral, and that morning it was dark and raining, but later, the sun came out, and the sky was clear for a while. Sounds simple, but in some ways, I felt my reality change at that point, and everything felt different that day. It was a unique experience, and in some ways, my life had changed. This review was pretty brief compared to some of my others but just as enjoyable to write. Safe to say, at this point, I’m enjoying this show, and I can’t wait to watch the next episode.

What are your thoughts on The Copycat will Dance? Please let me know in the comments below, and thank you for visiting.

Ghost in the Shell Anthology.