I had watched A Scanner Darkly before revisiting the film for this blog, well at least I think I did! This is one of the reasons I decided to start a blog in the first place because If I forget about a certain film, then I can at least go back and read about it. Even more surprising to me is the fact the film is 12 years old and so much has changed in my life throughout that time. I really hope all this is not the side effects of Substance D, I have been feeling rather itchy today!

So, let me start to explain a little bit more about this film and those involved in the making of it before I talk about it. First off, the film is fully animated and uses a technology called rotoscoping which has been used before over the years. I do think this is the first time using computer animated graphics though and the final result is something that is very beautiful to look at and reminds me of some of my favourite video games, Grand Theft Auto been one of those. The film is directed by Richard Linklater and based on a book by the same name by Phillip K. Dick. One more person who I think really deserves a shout-out is the musical composer of the film Graham Reynolds as I feel the soundtrack is the greatest addition to help carry to this film along. The cast is pretty stellar also as we have Keanu Reeves, Robert Downey, Jr, Woody Harrelson and Winona Ryder all playing very important roles. Anyway, let’s get back to My Journey into science-fiction Part 7 and the link between my last review, The Day the Earth Stood Still, 1951 is the actor Keanu Reeves and if you would like to know why then please click on the link below!

The Day the Earth Stood Still, 1951. My Journey into Science Fiction Part 6. 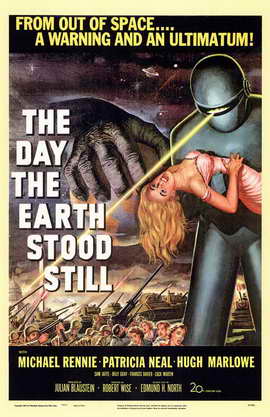 A Scanner Darkly is set seven years into a dystopian future where the war on drugs has been lost to a drug called Substance D. From the start of the film you can see how much of a genius idea it was to animate this film as a strung-out Charles Freck Rory Cochrane is endlessly trying to rid himself of parasites that are crawling all over his skin, which I guess is a hallucination to the drug that has taken over America! The next scene is set in a Police Headquarters as we meet the main character, code name Fred Keanu Reeves also known as Bob Arctor. Fred is an undercover agent who is trying to find the suppliers of Substance D using a scramble suit, a suit capable of making over 1.5 million different identities.

The animation again is very powerful as we watch the suit constantly changing right in front of your eyes. Sounds pretty simple, right? I wish because as soon as he takes off the suit the whole story is a descent into madness.  I will be honest, I really think this film would be far too long and boring if I was to explain the plot to you. I had to watch this film twice to work what was happening for myself!  I will say though, that my two viewings are so completely different that I would like to talk about those differences and why it fascinated me. 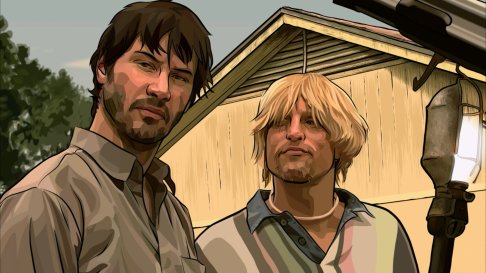 Here is my thought on the first viewing, it’s all about friendship for me personally, why?  Because I was more interested in Bob’s interactions and dealings with his drug buddies, James Barris Robert Downey, Jr and Ernie Luckman Woody Harrelson. The relationship is almost childlike, and not once did I feel any real harm or intent from them, stupidity and ignorance, maybe. I know I have acted like that sometimes and people are not perfect. To be fair, I find them all pretty charming in a weird kind of way and I’m guessing these are the people Phillip K. Dick admired also. Maybe this makes me a bit of a stoner, then so be it, but I did not inhale. 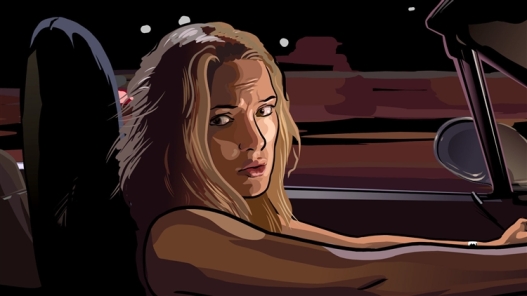 Now to the second viewing, well the second viewing was completely different to me as this was about corruption, power and lies. I think the reason I didn’t notice this the first time around is that the clues are only understandable once you find out the reveal at the end. I don’t know though, maybe this film could mean a lot of things to different people, depending on the way you view life. This time I was more fixated on Fred and Hank Winona Ryder also known as Donna Hawthorne and the Police Department. I’m not going to discuss the clues, but they are all there and I felt even more stupid for completely letting them go over my head. Its also just cements the fact that this was never about normal everyday people, this was about a government and a drug supplier, pretty much the same thing things that happen today. Those people that are portrayed as criminals in my first viewing are very much the victims.

This is a wonderful film that certainly deserved better than the box office success it received, to me personally, this was always going to be a cult film though. I admire Warner Independent Pictures for giving these types of films a chance to be made. I praise Richard Linklater and the Phillip K. Dick estate for trying to keep as close to the original material as possible. The actors certainly don’t need to make films like this but I’m glad they shared the vision along with the director as well. And last but not least Graham Reynolds for creating a soundtrack that both amazes me and makes me feel unnerved at the same time. Everybody involved in this film should be proud of what they achieved and I really loved it. My last bit of praise goes to Phillip K. Dick himself who can make you realise the implications drugs can have on people’s lives and that those people are the real victims. Sometimes in society, we can often look down on others and I guess that’s why I am slowly becoming a huge fan of his work as he seems to make you realise that you’re wrong. I’m not saying the war on drugs is an easy thing to fix and it’s as complex as it has ever been. I’m saying that this film will make you think long and hard about society as a whole and that is always a good thing. 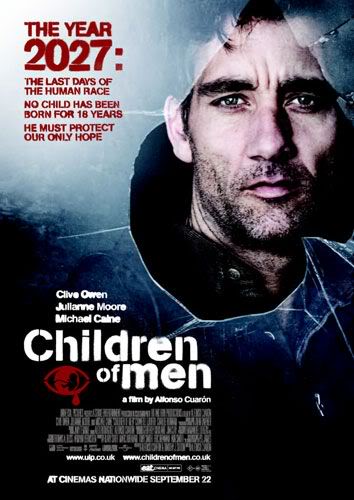 Anyway, where can A Scanner Darkly take me for part 8 of my Journey into science-fiction? Well, I was going to look at Alien, Resurrection as it starred Winona Ryder. Next choice was The Matrix as it starred Keanu Reeves. My final choice was the 2006 film, Children of Men and the reason for that link is that the band Radiohead featured on both A Scanner Darkly and the Children of Men soundtrack. That is a film I will be looking forward to watching in the next couple of weeks.

Anyway, as usual, thanks for reading. Did you watch A Scanner Darkly and was your view of the film different from mine? If so, then let me know in the comments below as I always fascinated by the wonderful comments I receive. See you soon for my next Journey into science-fiction.

Below are the words by Phillip K Dick at the end of his novel, A Scanner Darkly and I thought I should put these words in for those who would like to read it.

This has been a novel about some people who were punished entirely too much for what they did. They wanted to have a good time, but they were like children playing in the street; they could see one after another of them being killed—run over, maimed, destroyed—but they continued to play anyhow. We really all were very happy for a while, sitting around not toiling but just bullshitting and playing, but it was for such a terrible brief time, and then the punishment was beyond belief: even when we could see it, we could not believe it…. For a while I myself was one of these children playing in the street; I was, like the rest of them, trying to play instead of being grown up, and I was punished. I am on the list below, which is a list of those to whom this novel is dedicated, and what became of each.

Drug misuse is not a disease, it is a decision, like the decision to step out in front of a moving car. You would call that not a disease but an error in judgment. When a bunch of people begin to do it, it is a social error, a lifestyle. In this particular lifestyle, the motto is “Be happy now because tomorrow you are dying.” But the dying begins almost at once, and the happiness is a memory. It is, then, only a speeding up, an intensifying, of the ordinary human existence. It is not different from your lifestyle, it is only faster. It all takes place in days or weeks or months instead of years. “Take the cash and let the credit go,” as Villon said in 1460. But that is a mistake if the cash is a penny and the credit a whole lifetime.

There is no moral in this novel; it is not bourgeois; it does not say they were wrong to play when they should have toiled; it just tells what the consequences were. In Greek drama they were beginning, as a society, to discover science, which means causal law. Here in this novel, there is Nemesis: not fate, because any one of us could have chosen to stop playing in the street, but, as I narrate from the deepest part of my life and heart, a dreadful Nemesis for those who kept on playing. So, though, was our entire nation at this time. This novel is about more people than I knew personally. Some we all read about in the newspapers. It was, this sitting around with our buddies and bullshitting while making tape-recordings, the bad decision of the decade, the sixties, both in and out of the establishment. And nature cracked down on us. We were forced to stop by things dreadful.

If there was any ‘sin’, it was that these people wanted to keep on having a good time forever, and were punished for that, but, as I say, I feel that, if so, the punishment was far too great, and I prefer to think of it only in a Greek or morally neutral way, as mere science, as deterministic impartial cause-and-effect. I loved them all. Here is the list, to whom I dedicate my love:

In Memoriam. These were comrades whom I had; there are no better. They remain in my mind, and the enemy will never be forgiven. The ‘enemy’ was their mistake in playing. Let them all play again, in some other way, and let them be happy.