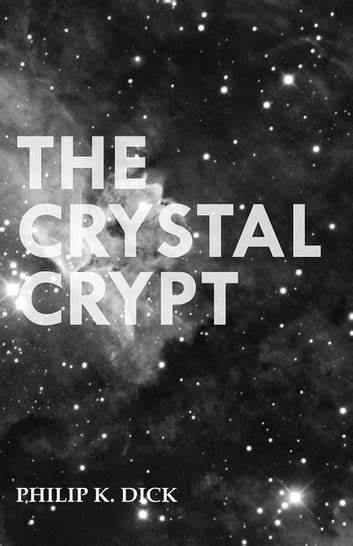 Do you ever find yourself missing a moment in time that you didn’t experience? The Crystal Crypt made me nostalgic for times past. However, I will save those thoughts for my conclusion. The Crystal Crypt was first published in 1954’s January edition of Planet Stories. There is also a short film adaptation of the story; you can check out the trailer below at your own risk!

In the future, Earth and Mars are on the verge of war. As the last spaceship leaves Mars, Martian soldiers fail to uncover a trio of saboteurs, who they believe are responsible for destroying an entire city on the red planet. Safely on their Journey back to Terra Firma, a business name named Thatcher slowly begins to learn the absolute truth from three of its mysterious passengers.

The Crystal Crypt is now in the public domain and is therefore freely available to read, share and download. Please click on the link below to read the short story.

Firstly, I will say that this is the weakest of the short stories I have read by Philip K. Dick. That said, there is still a lot to enjoy and discuss. I enjoyed the mythology of Mars and this almost primitive ideology of the world the Martians occupied.

Luckily, a friend also decided to join me. Adam Beckett is one-half of the excellent Instagram page, A Couple of Dorks. I would highly recommend visiting them for some fantastic reviews.

Now, I hope you did watch the trailer for the short film because it’s not the way I envisioned the story in my mind. Now, if I ever had the opportunity to create my image of events, it would look something like this. Everything on Mars felt gritty, and I would shoot all those scenes in colour. I think this is where Philip K. Dick starts to create a mood that is falling away from the 1950’s style of writing. The world he was explaining to me felt tangible. However, it feels like a deadline was imminent, and this story had to be wrapped up before it even began.

Adam. Dick is at his best when writing about the human condition, or a societal flaw which he usually extrapolates to create a dystopian world.

“An ancient, sun-baked City, a City set in the middle of a wasted plain, beyond groves of dead trees, a City seldom seen by Terrans—but a City studied on maps and charts in every War Office on Terra. A City that contained, for all its ancient stone and archaic towers, the ruling group of all Mars, the Council of Senior Leiters, black-clad men who governed and ruled with an iron hand.”

What intrigues me is the contrast that I felt aboard the last spaceship to Earth. Now, my opinions are my own, and I could be completely wrong, but this is how the story plays out to me. Well, I guess there can’t be any right or wrong! It’s our interpretation that makes it unique to each of us. However, I would have shot these scenes in glorious black and white. Everything aboard the spaceship takes me back to the Twilight Zone, and I love that.

Adam. Crystal Crypt left me a bit disappointed, it’s probably because I was expecting Dick’s usual cynicism and paranoia, but all we got was a cool idea about trapping a city. A bit too “normal” for Dick.

I’m lucky with these short stories because as much as I enjoy Philip K. Dick, I do love early pulp fiction. They are like a time capsule that feels almost romantic in its approach. Everyone seems to be smoking a cigarette, and the cocktail bar is always the number one commodity for a bright future amongst the stars.

The globe feels like nothing more than a MacGuffin to me. The real story is the interaction between Thatcher and three saboteurs. One of my favourite sayings is “loose lips sink ships”. A phrase that originated on World War II posters. However, it’s still perfectly accurate to this day.

I think the three saboteurs gave their story up a little too easy in this tale, but it’s that simplicity that makes it effective. The Crystal Crypt is nearly seventy years old, but the story remains the same. This World is far more advanced than the one in the 1950s, but the information that is shared between each other is still as valuable. Maybe Philip K. Dick is pointing out that no matter what happens, some good old-fashioned bullshit and espionage will always be the most valuable commodity in war. 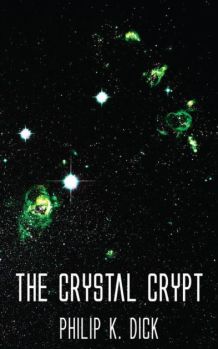 “What do I do?” Thacher said. “Well, if you like, I’ll show you.” He reached into his coat and brought out something. Something that flashed and glinted, something slender. A rod of pale fire. The three stared at it. Sickened shock settled over them slowly.”

I can’t say I was surprised that Thatcher was a Martian secret agent. I did like the metal box that could work out if you are telling the truth or not. It was interesting how they learnt the bend the truth to escape. It was effective.

Adam. Would love to see this as a full novel because there’s obviously a big political story in the background, but as a short story, I was just a bit disappointed.

Now please don’t think I’m sitting at home with tin foil on my head because these are just some random thoughts about this enjoyable little story from the mind of Philip K. Dick. Is it perfect? Not really. But it is fascinating how Philip K. Dick and numerous writers could create these stories weekly and pay the rent.

I think that is all I have to say about The Crystal Crypt. However, it is your comments that take it to another level. What do you think about the story? Please let me know in the comments below, and thank you for visiting today.