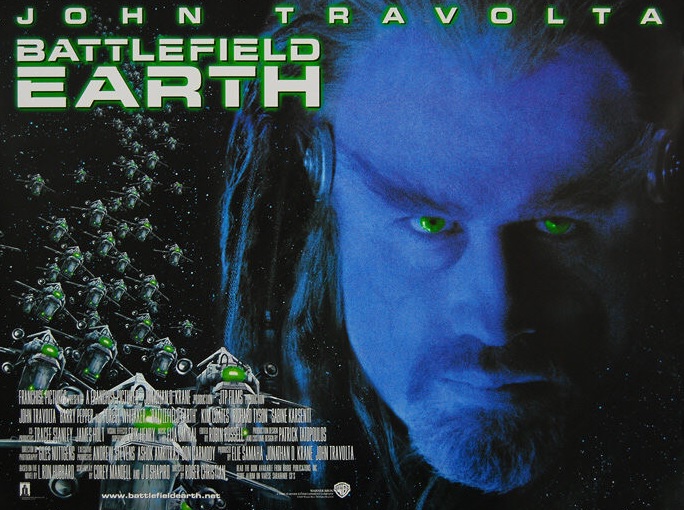 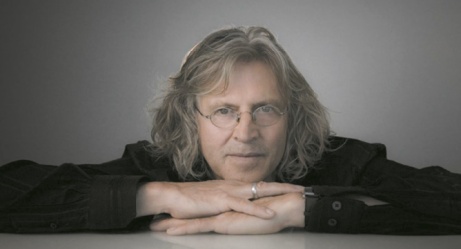 Hello and welcome back to My Journey into Science-Fiction Part:26. Battlefield Earth is a film directed by Roger Christian, who previously worked as a set decorator and production designer on my previous review, Alien 1979.

Battlefield Earth: A Saga of the Year 3000 is a 2000 American science-fiction film based on the 1982 novel by writer L. Ron Hubbard. The film stars John Travolta, Barry Pepper and Forest Whitaker. I understand there is a lot of extra baggage when it comes down to this film. However, I am not here to talk about Scientology, The Golden Raspberry Awards or John Travolta’s involvement in the production. I am simply here to discuss the film because I have watched it previously and I don’t remember hating it. Still, I cannot seem to find the enthusiasm to watch it, and I guess that says it all. That is the great thing about this journey. Eventually, I will have to press play.

In the year 3000, there are no countries, no cities. . . Earth is a wasteland and no man is match for Psychlos, a manipulative race of aliens on a quest for global domination. Led by the seductive and powerful Terl, the Psychlos have taken all natural resources for themselves and left mankind behind to rot.

It is after humanity has given up the fight against the alien race that a young man named Tyler decides to leave his desolate home high in the Rocky Mountains and take a final courageous stand. 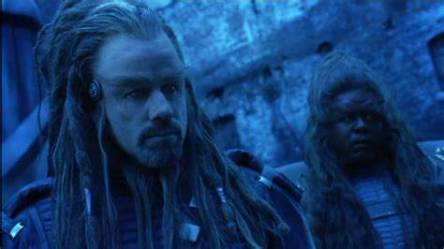 I admit that I was trying to be clever when I picked this film for my latest review. I was hoping that it was one of those movies that seem to age better with time, and the negativity surrounding the film was somehow responsible for its demise. However, the critics were right, and somehow this film is getting worse as the years’ pass. There was one positive outcome of this review, which I will discuss later. The problem is, I think we all know what’s wrong with this film, so what can I add to that? I also try to be positive when discussing any piece of work. I do not doubt that this film caused a lot of stress for everyone involved and still haunts a few individuals today. It reminds me of the folk involved in making Star Wars in 1976. I have read stories about the cast and crew having no idea what was going on within the production of that movie. The only real difference I can see is that Star Wars was the vision of one man and Battlefield Earth had too many people with creative control. Ironically, it was Geoge Lucas who recommended Roger Christian for the project. 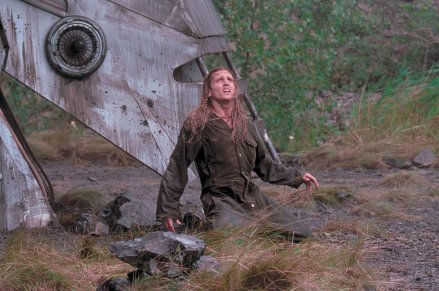 There are some small moments from the film that I enjoyed. Johnny Goodboy Tyler Barry Pepper visiting an abandoned mini-golf course, looking for monsters, only to find out they are constructed out of fibreglass. I found it interesting to watch his character gain knowledge from another servile race that was exterminated by the Psychlos with the memory machine. It’s also pretty fascinating how the Psychlos have their own dome to protect them from the toxicity of Earth’s atmosphere. I also think the film is pretty funny, but I’m not sure if that was the desired response. 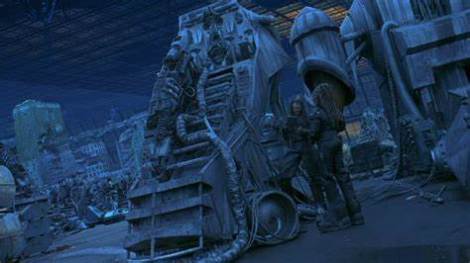 I guess I will have to be negative at some point. What do I not like about Battlefield Earth? The one thing that bothers me about this film is that it looked like no one cared about it. I remember reading about the millions of dollars available for the budget and then realising that it looked like it was filmed in a scrapyard. It’s all messy, the Dutch angles, the colour saturation of the film, and John Travolta’s boots, to name a few. Speaking of John Travolta, his performance as Terl was shocking. It reminded me of someone trying to perform Macbeth whilst inhaling helium. The biggest letdown is the script, only because there is a good story hidden inside the film somewhere. 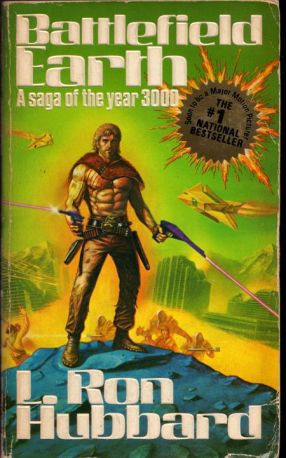 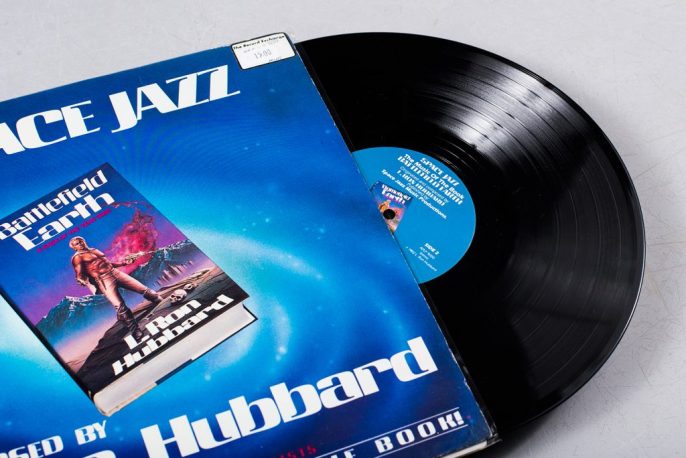 Finally, this leads to my conclusion. I am very interested in L. Ron Hubbard. I once heard about his struggles as a young writer and realising if he was ever going to make a decent crust, he should create his own religion. Please do not think I am trying to endorse Scientology because I know nothing about it, but he did have a point. A lot of those early pulp writers earned peanuts, so why not? Plus, after reading some of the plot from his version of Battlefield Earth, I noticed it had some elements that I feel are missing from the film. The Psychlos were originally non-violent miners who were subjugated by a ruling class called the Catrists, and I would have liked to learn more about that. The book and film are called Battlefield Earth, not Battlefield Southern California. The cast acts like surfers, and it’s pretty jarring. However, in the book, Hubbard introduces some Scottish folk to the party and this feels like a far more realistic version of a battle on Earth. I have a very strong feeling, that all the moments I did enjoy in the film would come across better in the book. Plus, I can’t wait to listen to Space Jazz, the companion LP. 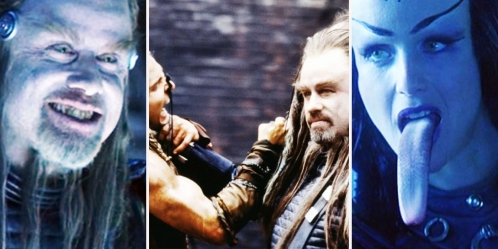 Is it the worst film ever made? in terms of science-fiction, far from it. The story would make an excellent mini-series, and with some good direction and a lot of care and attention, it could be something great. John Travolta’s version of Battlefield Earth seems to be about cashing in on some of that franchise money without knowing how difficult that is. I don’t think you have to make the best-looking science-fiction film for it to be a success. You do need a solid story and some visible passion for the project. Unfortunately, this movie has neither of those. Still, at least I have found another book to read.

Now that is over, thankfully, where will I go next on My Journey into Science-Fiction Part:27? Well, I was going to watch Rogue One, A Star Wars Story because of Forest Whitaker, who played both Ker in Battlefield Earth and Saw Gerrera in Star Wars. I did like Forest in Battlefield Earth as Ker, and he played his part in a pretty convincing manner. However, the winner is Freejack because Morgan Creek Films co-produced Battlefield Earth with Franchise Pictures. Mick Jagger, Anthony Hopkins and Emilio Estevez, what could go wrong? 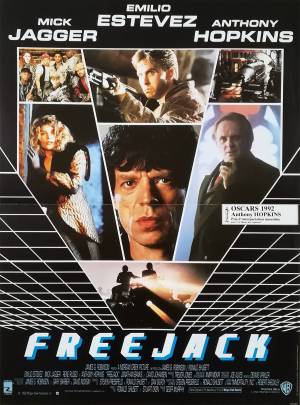 Thank you for visiting today. What are your feelings about Battlefield Earth? I enjoyed some parts of the film, but I couldn’t watch it twice in the same decade. Anyway, I would love to hear your thoughts in the comments below. 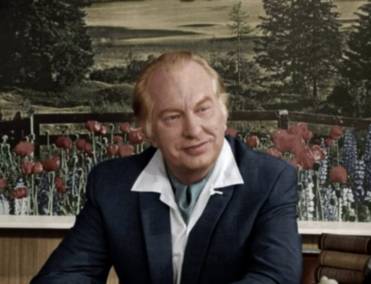