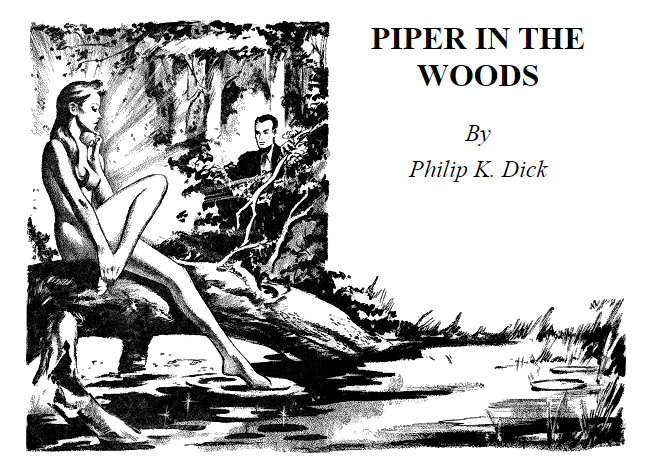 “Is it wrong to want to be a plant and enjoy this freedom?”

I’m a simple man, and I enjoy the simple things in life, our relationship with nature been one of those things. Funny, I also enjoy science-fiction, but I barely care about technology. Don’t get me wrong, I love watching how the future might look or the advancements of an alien world, but it’s always better served with a wonderful story about humanity and how we can live in those surroundings. The Piper in the Woods, 1953 by Philip K. Dick somehow manages to connect all those themes for me in such a perfect way. To read the full story, click on the link below and come back and hear my thoughts about this insightful tale.

The Project Gutenberg eBook of Piper in the Woods, by Philip K. Dick.

The Project Gutenberg EBook of Piper in the Woods, by Philip K. Dick. This eBook is for the use of anyone anywhere at no cost and with almost no restrictions whatsoever.  You may copy it, give it away or-use it under the terms of the Project Gutenberg License included with this eBook or online at www.gutenberg.org

The story itself is pretty easy to read, but there is so much information between the lines that I’m still thinking about the implications of the story days later. First of all, I would like to talk about how I envisioned the story. Sometimes it takes me a while to visualise the perfect environment for a story I’m reading, but this came to me instantly. The barracks on Earth and the garrison that the soldiers use on Asteroid Y-3 reminded me of Nostromo from Alien, 1979. Everything on that ship has a purpose, and the comfort of its passengers takes second place. However, the dirt and grime remind you that human beings occupy that space, and we aren’t suitable for that environment in reality. The landscape that surrounds the garrison on Asteroid Y-3 seemed far more beautiful, and I imagined the vibrant Technicolor of Star Trek the Original Series, including some seductive music from Alexander Courage. Okay, maybe I would tone the colour down a bit, but I hope you can imagine what I mean.

I think the story relates to the Pied Piper of Hamelin, the German folklore tale that dates back to the Middle Ages. Pan Piper, or the rat-catcher of Hamelin, was hired by the townsfolk to lure away the rats from their village with his magic flute. However, the citizens later refused to pay for his services, so Pan Piper also lured their children away with his magical instrument. In reality, the Pan Piper is regarded by some to be a symbol of hope to the town of Hamelin, who had been attacked by the plague. Pan Piper drove the rats away and saved the people from a pandemic.

Something about the story that struck a chord with me, is the ignorance or stupidity of the characters who are supposed to be in charge of this situation. Henry Harris, an army doctor on Earth is puzzled by a soldier, Corporal Westerberg, who returns from Asteroid Y-3 and claims to be a plant. I can somewhat sympathise with Henry Harris because his role as a doctor can only make him think there is something with the soldier mentally. Maybe some kind of breakdown, after years of intense training to become a patrolman. However, just as Harris is about to deliver his evaluation of the situation, there are now another five cases like Westerberg, who are also claiming to be plants!

“Who? The Pipers? Who are the Pipers?”

There was no answer.

“Mr. Bradshaw, who are the Pipers?”

After a long, agonized pause, the heavy lips parted. “They live in the woods….”

Henry Harris has no other option than to visit Asteroid Y-3 after learning about the Piper in the woods, information he only managed to get using shock box treatment. Curiously, those affected have all promised not to talk about it. Arriving on the Y-3, Harris meets Chief Watts, who has his own theory about his fellow officers. The Chief believes that his staff simply don’t want to work, playing hooky so to speak, the Chief of a garrison, that’s responsible for making sure that no bacteria, fungus or whatnot can infect the system around them! Harris visits the woods looking for his own answer, and after walking for a while, he notices a girl sitting at the edge of a pool, in complete silence, like the ferns around her. Mass hypnosis seems to be the answer Harris finds in the woods. A group projection and a kind of Garden of Eden existence, without struggle or conflict. Henry Harris goes back to Earth to start providing group psychotherapy for the officers, but his trip has made him very tired. Harris unpacks his clothes and watches the sunset through his window. Harris removes a sack from another suitcase and empties the contents on the floor, soft dirt. He spreads the dirt out across the floor, stretches himself and feels the warmth of the soil below him, finally folding his arms across his chest and falls asleep.

There is only one conclusion I can think about after reading this story, and that’s an invasion. However, Henry Harris and Chief Watts simply can’t connect the dots because of humanities disadvantage of understanding each other properly. I like Henry Harris because he is just doing his job, but Chief Watts conclusion was just lazy and ignorant. Maybe it’s not an invasion but merely a pathogen in the soil that cannot be found using technology, sometimes as humans, we need to rely on instinct alone. I guess it reminds me of mental health and the way some humans react to it. You tell your boss (Chief Watts) that you are suffering from depression, and you feel deep down that he thinks you are just lazy. Still, he sends you to the Doctor (Henry Harris) who believes that some sort of medication will do the trick. Thankfully, this mentality has changed over the years, and hopefully, in the future, we can understand these things better. Maybe If Chief Watts believed the first person to be affected, they could have managed the situation a little better and realised they were dealing with something they simply don’t understand yet.

I loved Piper in the Woods, and as a standalone story, it has everything I enjoy about science-fiction. The imagery that PKD describes is so immersive. My favourite moment comes as Chief Watts tells Harris how to find his way into the woods. Simply a beautiful way to whisk you away to other possibilities for a couple of minutes.

“If you walk in a straight line,” Chief Watts said, “you’ll find yourself back at the Garrison in about six hours. It’s a damn small asteroid. There’s a couple of streams and lakes, so don’t fall in.”

I have had a couple of stressful weeks that come with life, and I have to admit, becoming a plant almost felt comforting, which brings me to my next part of the review. Reading Piper in the Woods started me thinking about Philip K. Dick’s observations about the society he lived in at the time. I couldn’t help but think about cannabis throughout the story, shocking I know! But I don’t know much about the plant’s history pre-1960’s. However, after watching the hilarious YouTube video below about the dangers of Marijuana from 1951, it starts to make sense. I guess there was a real divide happening to culture around this time, and some people had decided to turn on, tune in and drop out. The Government amended the  the Narcotic Drugs Import and Export Act in 1952 and set mandatory sentences for drug convictions. A first offense conviction for marijuana possession carried a minimum sentence of 2 to 10 years and a fine of up to $20,000.

I think Philip K. Dick realised a new way of life was coming, and some old traditions could disappear. It actually feels like he is looking forward to it. The people of Earth are ready to do anything to make these officers valuable again, as those who believe they are plants, simply don’t have a care in the world, which is somewhat appealing. I think as a society, we have to meet somewhere in the middle, but in reality, it looks like the plant people are here to stay, and that is no bad thing. 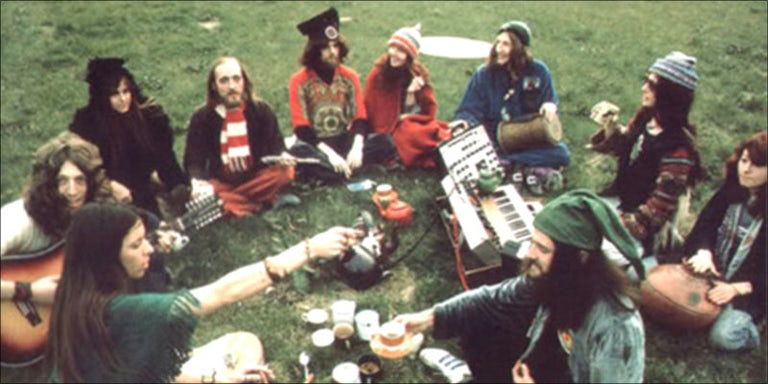 Anyway, thank you for visiting today. What do you think about The Piper in the Woods? Please let me know your thoughts in the comments below.