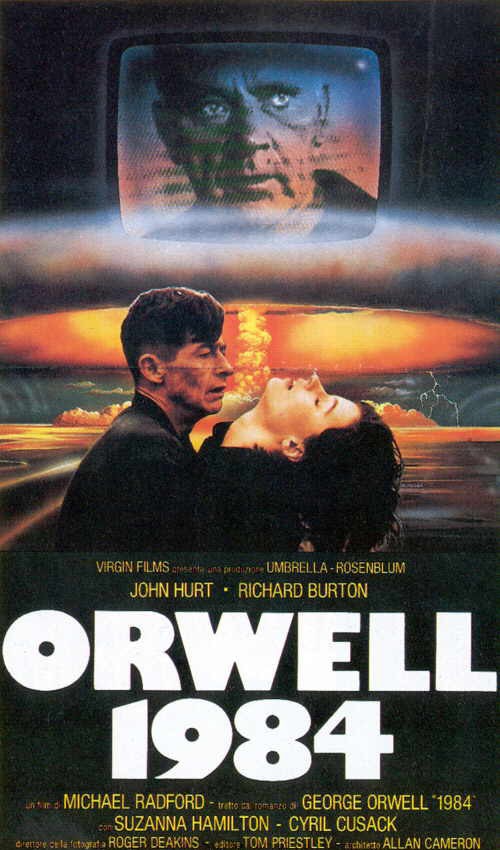 Hello and welcome back to My Journey into Science-Fiction Part:24 1984, is a British dystopian science-fiction film written and directed by Michael Radford, based upon George Orwell’s 1949 novel of the same name. In Part:23 I visited Starchaser: The Legend of Orion, 1985 and if you would like to know what connects these two films, click on the link below.

Starchaser: The Legend of Orin, 1985. My Journey into Science-Fiction Part:23. Dig harder or Die.

Having recently read and listened to Nineteen Eighty-Four, I had high expectations for Michael Radford’s film adaption. The book has given me great enjoyment over the last month or so, and this is a film that have I waited to watch for a long time. By the way, if you a fan of audiobooks, the recent Orwell Collection by Audible featuring Stephen Fry, is simply breathtaking. Fry’s portrayal of O’Brien will haunt me forever. 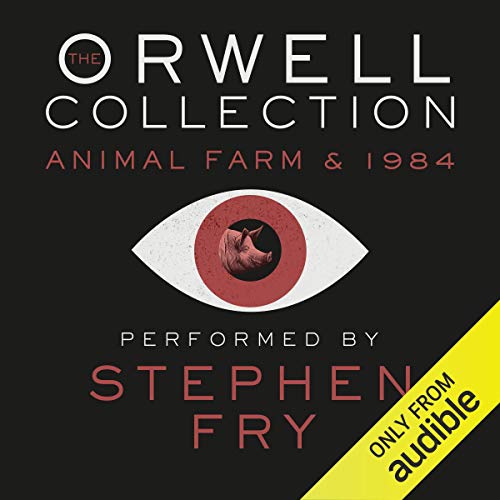 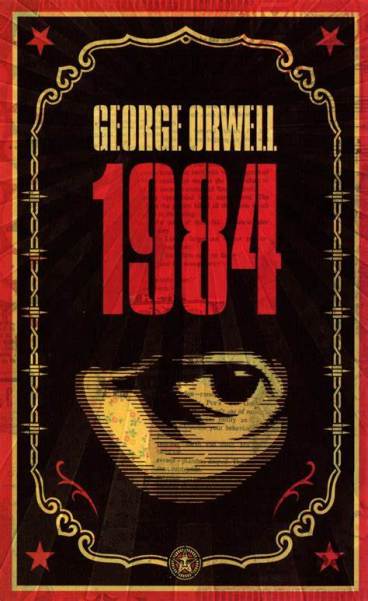 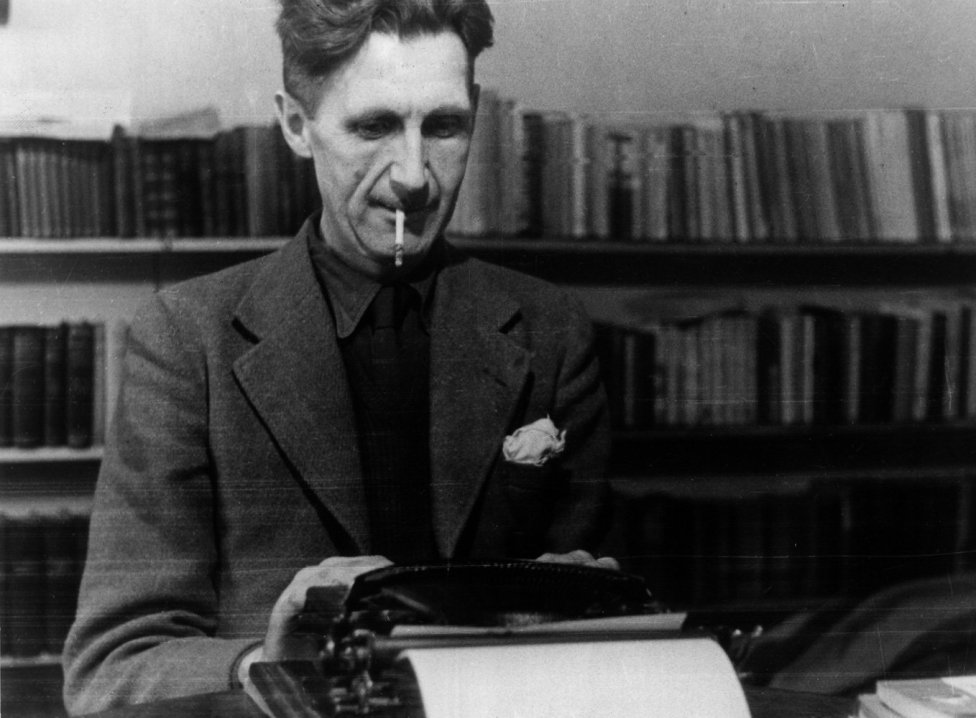 I started to read Nineteen Eighty-Four when I was pretty young, but for some reason, I never finished it! However, those first chapters had stayed with me forever. After finally completing the book for the first time, the world Winston Smith lived in; felt as real as the bed I sleep in every night. Michael Radford somehow managed to recreate those images that are now etched into my brain, on to the big screen flawlessly. Not only that, he managed to highlight the moments of the story that really resonate with me. 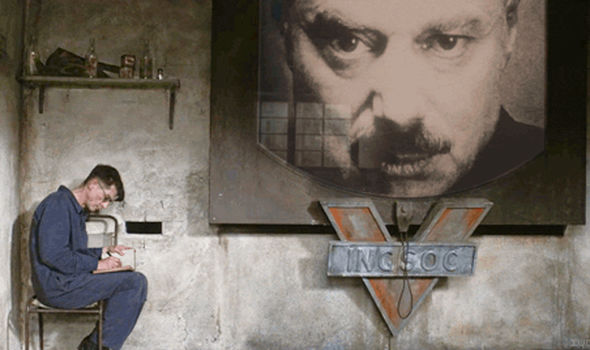 I can understand the attraction “Big Brother is Watching You” has on popular culture. Because some of us already feel like we are already living in this world. I kind of feel like a fraud writing this, but I am not attracted to The Ministry of Truth, the Thought Police, or the Inner and Outer Party, it’s depressing, cold and miserable. I understand why it exists in the story, and George Orwell’s warnings from the past could be lost on me! I did take something away from this book that I feel is important to me and the film makes me appreciate that meaning even more. 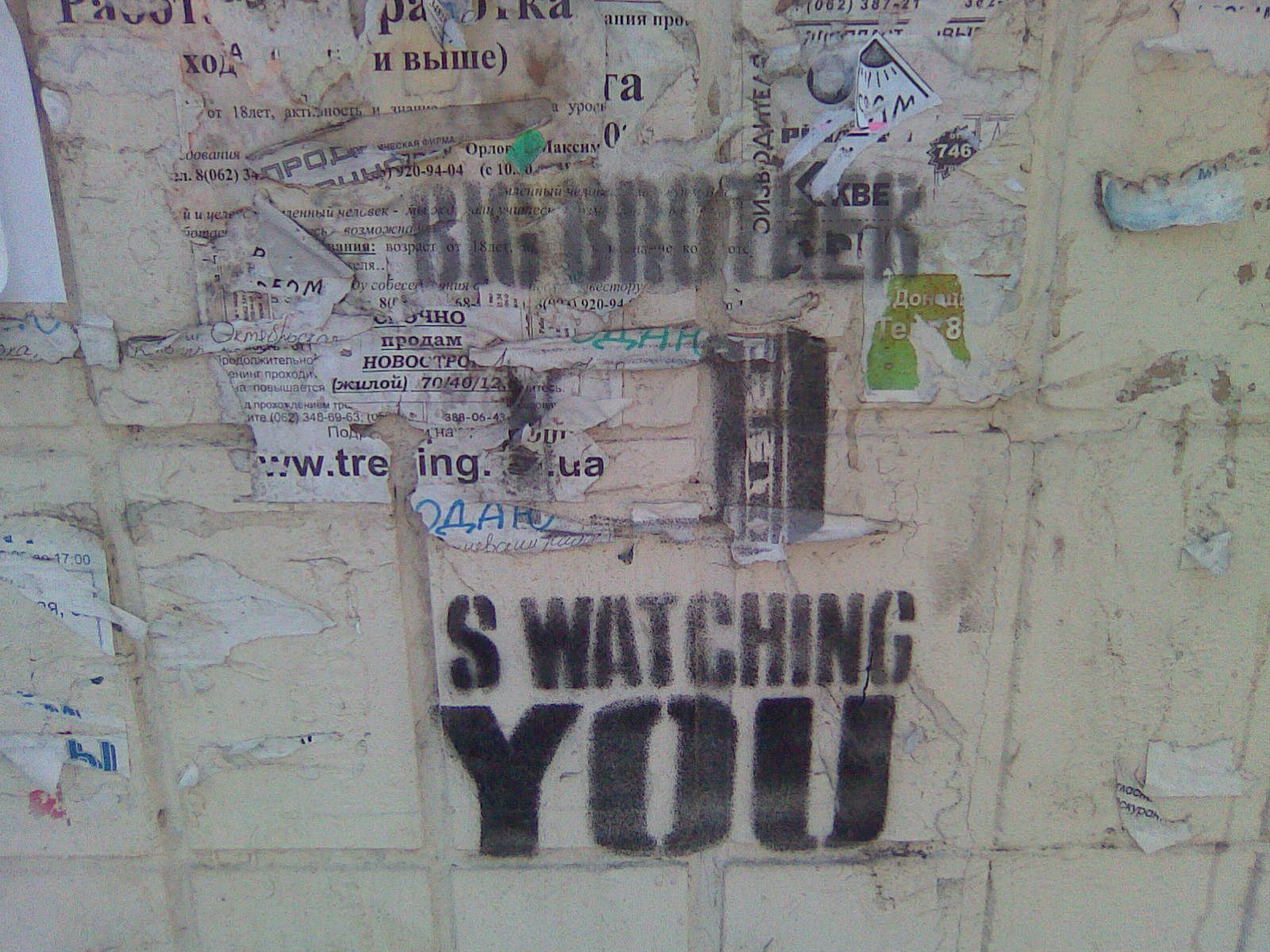 For me, 1984 is a story about the needs of a human, the appreciation of life and the destructive side of our nature. Michael Radford shows you the world Winston lives in, but he doesn’t get caught up in the politics of the story. John Hurt, Winston Smith delivers this beautifully, and his range of emotions throughout the film is perfect. His transformation from a stone-faced clone working in his tiny office cubicle in the Ministry of Truth to a tortured individual fighting for his hatred of Big Brother is some of the finest acting I have ever witnessed. 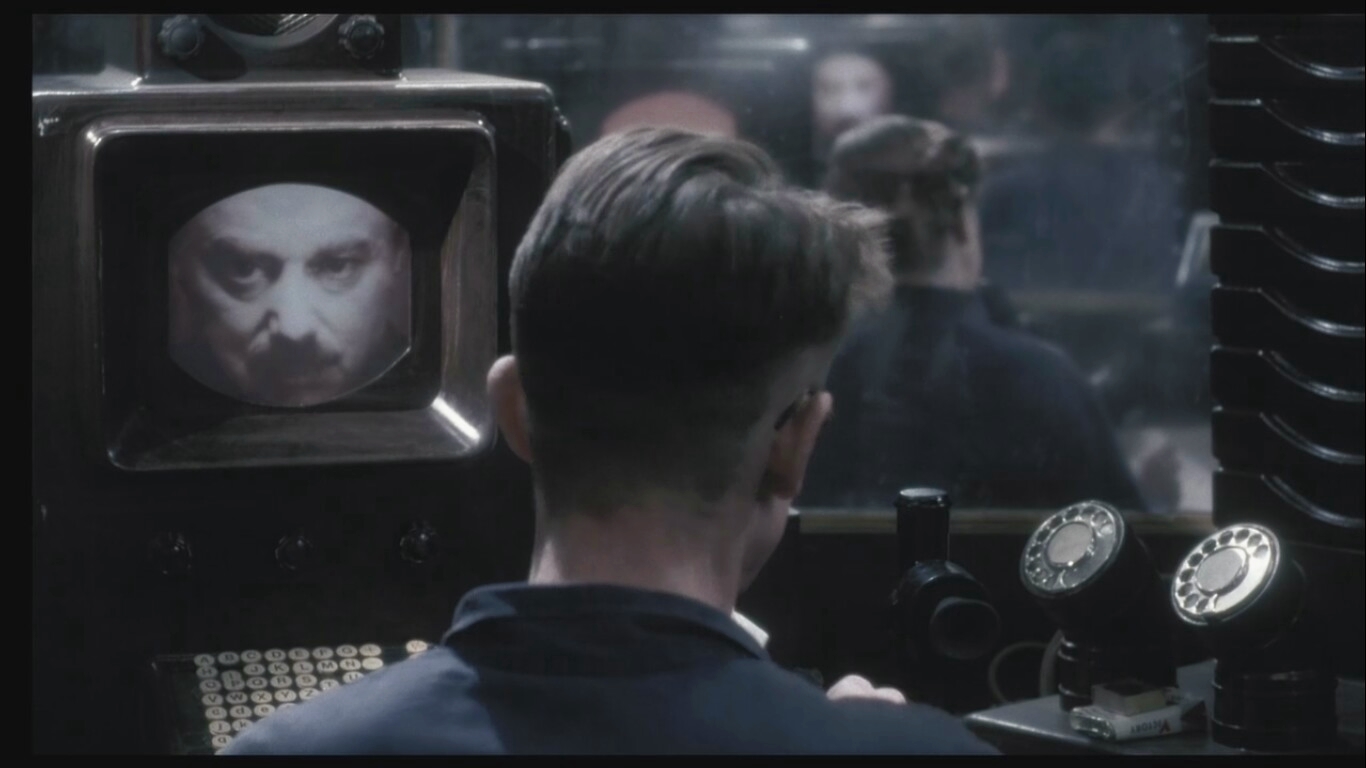 Winston embarks on an affair with an Outer Party worker, Julia Suzanna Hamilton, and this is when the years of emotional suppression finally leaves his soul. For this brief moment in time, Winston is alive. The simplicity of having your own space, enjoying real coffee and enjoying the small things in life is not to be taken lightly. This space also gives Winston time to grieve, revealing the pain that haunts him, after leaving his mother and sister for a small piece of chocolate. Powerful moments that I think the film highlights perfectly. 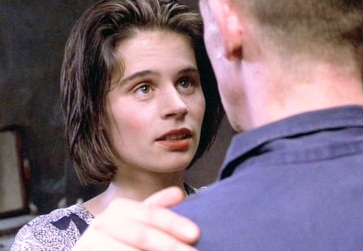 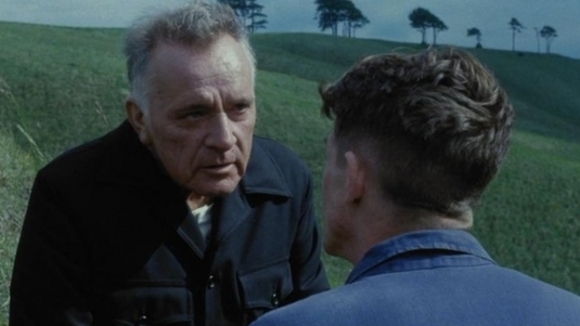 Winston might have taken comfort in Julia but his intuition fails him as he visits O’Brien Richard Burton, a high-ranking member of the Inner Party. It’s Winston’s relationship with O’Brien that makes this story work for me. I feel like O’Brien believes he is helping Winston with his rehabilitation, which is something that intrigues me. Richard Burton manages to bring some compassion to his character and makes you believe that loving Big Brother could actually be a good position in life. Burton himself asked that his boiler suit be made at Saville Row! Surely loving the Supreme Leader has its privileges and O’Brien thinks that Winston could eventually become a member of the Inner Party. I could be wrong and someone reading this could be saying “that’s not how it works”. I guess that why this book is so popular because it’s so hard to work out and evaluate easily. However, its Burton’s portrayal of the character that could make me believe that 2 + 2 = 5. 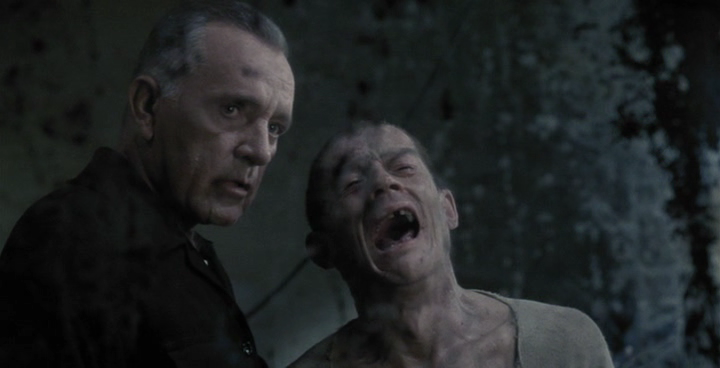 It’s strange saying those things about O’Brien because the torture of Winston is brutal. Winston puts up a good fight against his persecutor. He hates Big Brother, The Party and all its crazy ideologies. However, in Room 101, he will face his darkest fears. Room 101 is a place where your phobias will come to life. For Winston, it’s rats. The cage that is attached to Winston’s head is terrifying, fear of rats or not! I had a vision for that device in my mind, but it wasn’t as shocking as seeing it in reality. The prop team created something truly frightening, and at the same time, hypnotic. The rats finally break Winston as they get closer to his face. He loves Big Brother and screams for them to torture Julia instead. The conversion is complete. 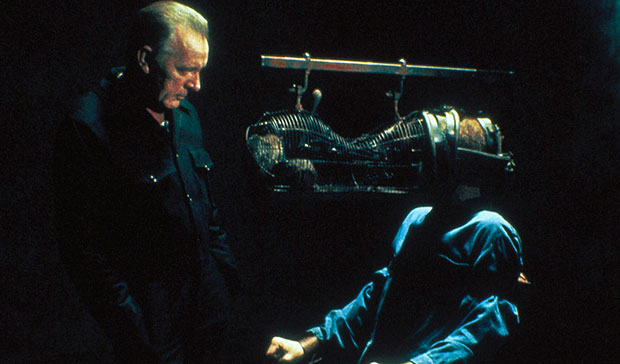 Michael Radford made a slight change at the end of this film which I admire. I love the end of the novel, but this interpretation gave me hope. Winston sits in a café, listening to reports of victory in North Africa on the telescreen. Julia notices him and comes inside, they share a few words, and it is clear that she now belongs to the Party. After Julia leaves in the novel, Winston accepts that he loves Big Brother. However, in the film, he says “I love you”. I guess it is down to the viewer to make up your mind on who he is saying that to, and I like that a lot. 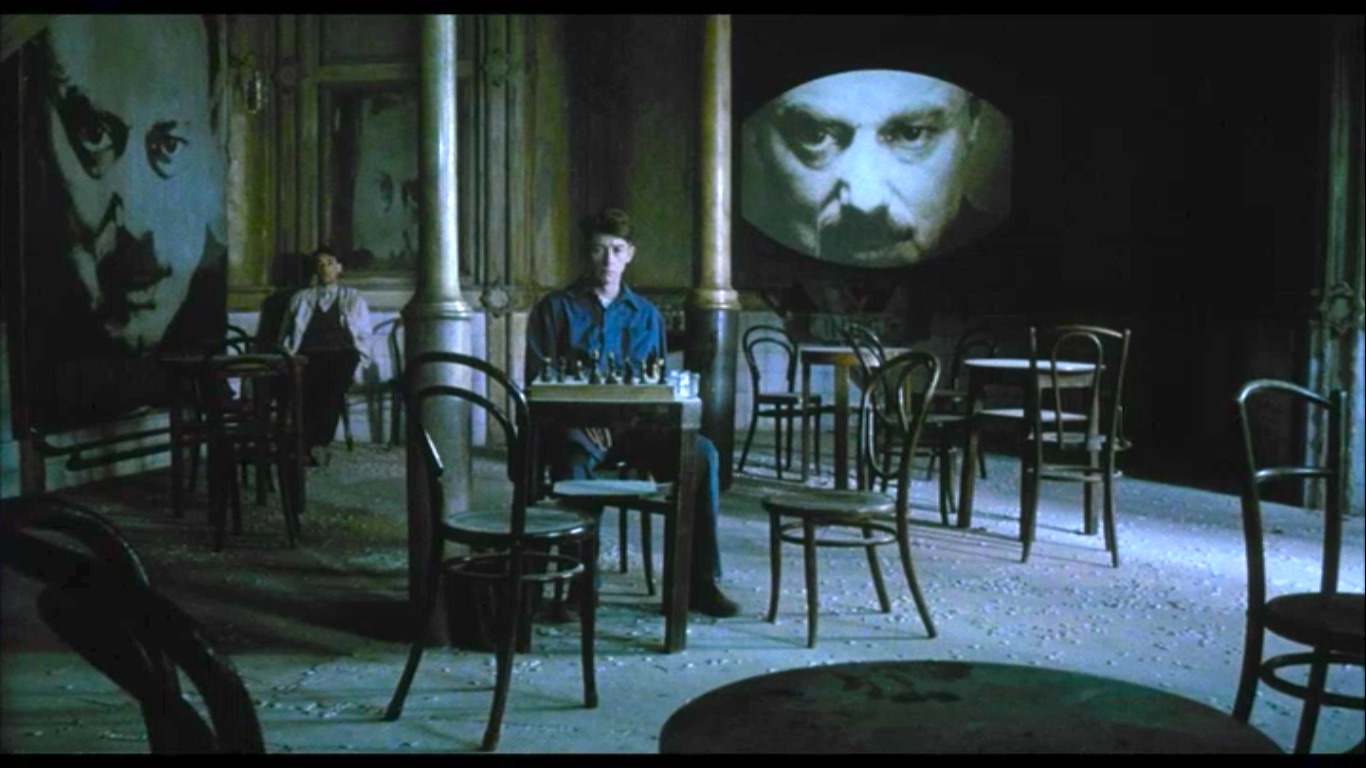 All in all, a wonderful film that the novel deserves. I like how the film was made in 1984 and the exact time and setting imagined by George Orwell. The sets used are visually satisfying, however, some of the exterior shots look out of time. It’s a very small criticism, but I think some of the brutalist housing estates that appeared around England in the ’70s would have been an ideal location. 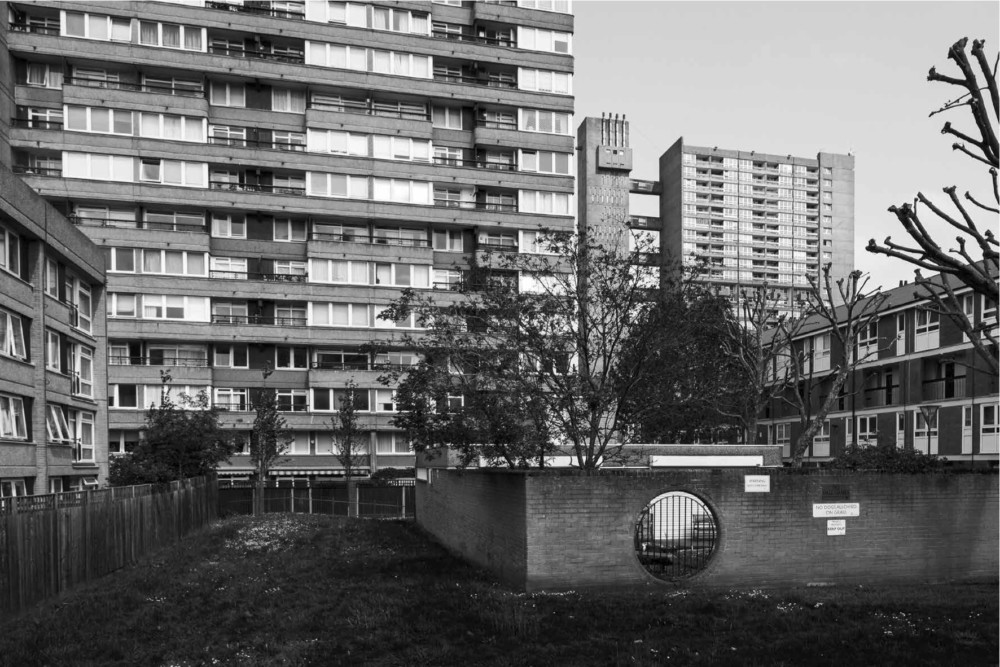 Suzanna Hamilton was also like a breath of fresh air in this film, it would have been nice to her side of the story a little more. I was quite surprised that the Eurythmics were involved in the soundtrack for the film! I have been listening to that album quite a bit for the last few days and it’s surprisingly good. I had also forgotten about Virgin Films that made some great films between 1979 and 1986. 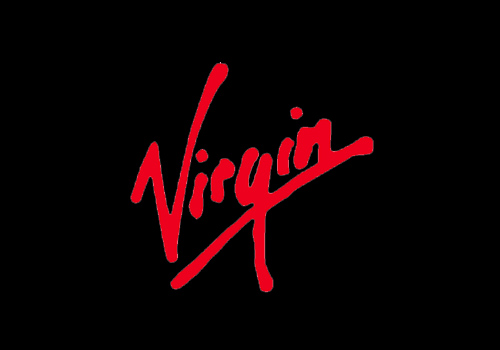 Roger Deakins is a name I should mention as cinematographer for this film, as I have no doubt he played a part in the film’s visual beauty. And finally, they used a film processing technique called bleach bypass, which gives the texture of the film a unique style, simply superb. It was Richard Burtons last film role, and what a performance. Great script, brilliant performances, unique style and a fantastic film 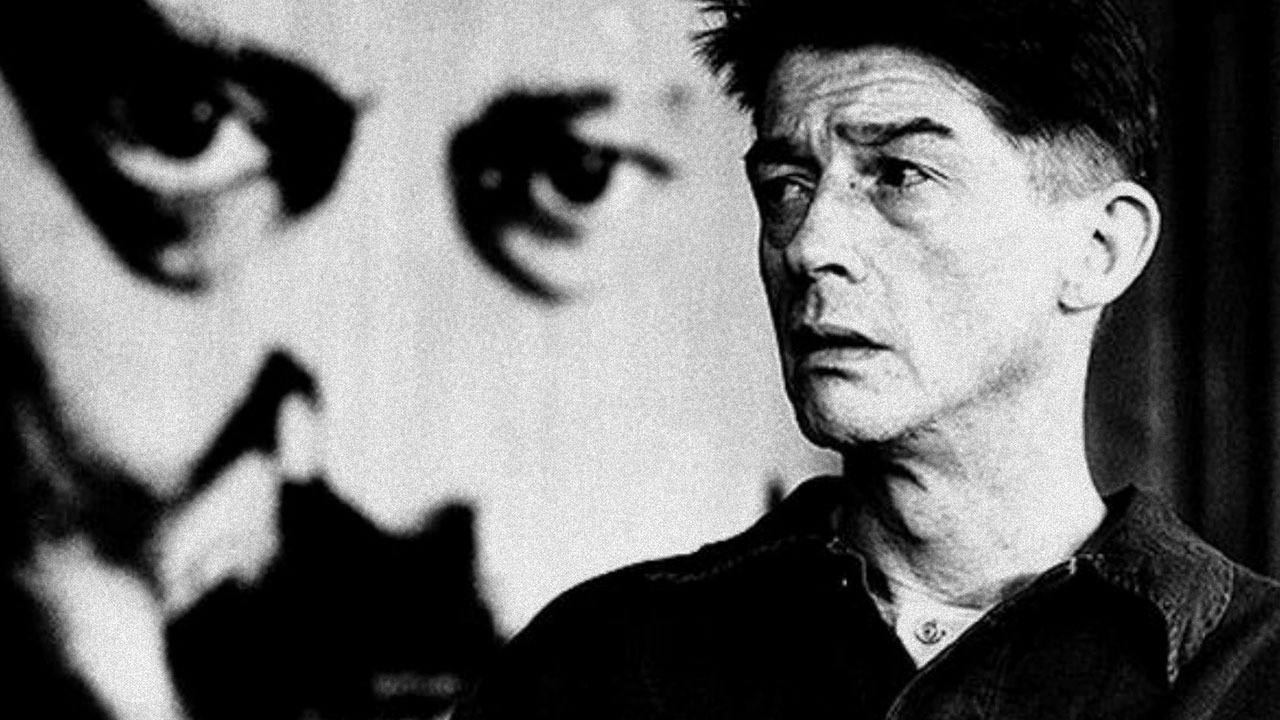 Nineteen Eighty-Four has been quite a joy for me over the last couple of months, and I am glad I finally stepped into this world. I understand the broader message of the story, but politics and propaganda give me a headache in the real world. Maybe I simply don’t like the broader message because I feel like there is a flaw in Orwell’s story. It makes no sense to treat people so bad because a happy workforce is a productive one. I think it would be complete anarchy in reality because we all have desires, regardless of rank. There is also a deep sense of paranoia in this story, something I think can cripple a country alone. 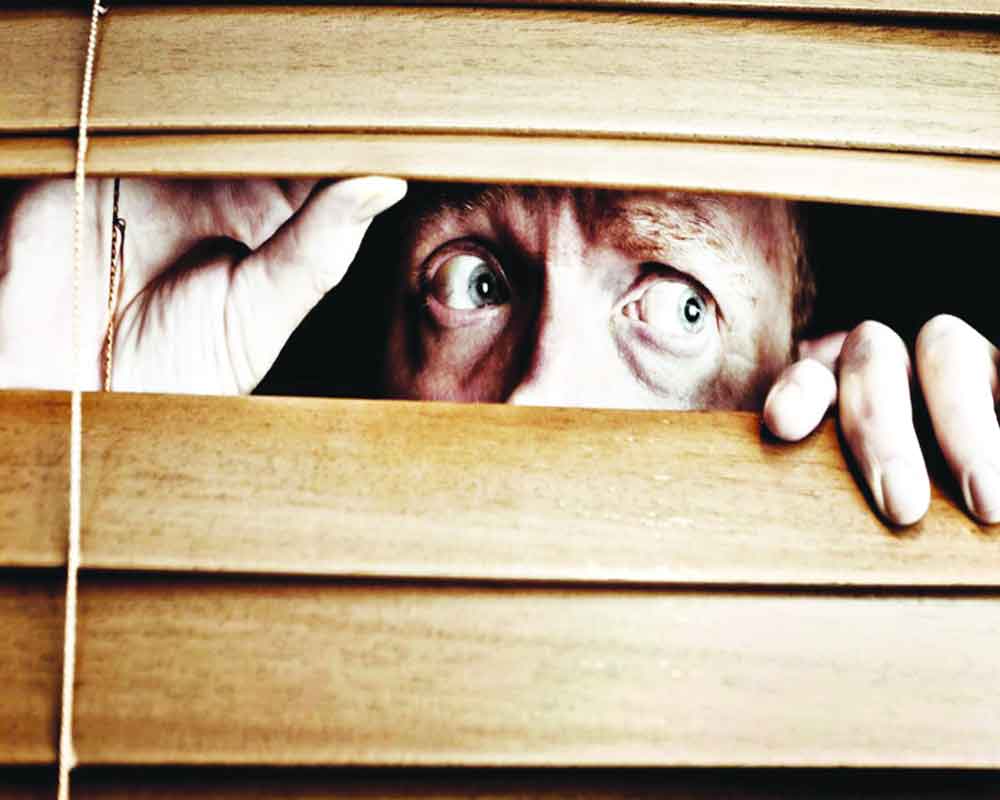 I have a lifetime to learn more about this book, so I guess I will understand it more as I go along, but it is the individual characters who make the story for me. All I’m trying to do is make some sense out of my own life, and learn how a story like that can make me appreciate it a little bit more. I won’t be sat at home, wondering if Big Brother is watching, I will be outside smelling the fresh air, tasting the coffee and enjoying the freedom that I think Winston deserved. 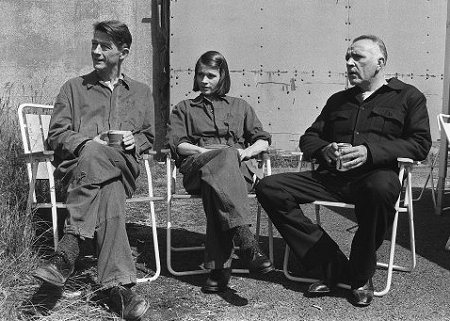 Well, I guess that leaves me to learn where I will go next on My Journey into Science-Fiction? Well, it’s pretty simple. John Hurt is the best thing about Nineteen Eighty-Four, and he is an actor that I admire. So, I will be watching him again in Ridley Scott’s 1979 science-fiction classic, Alien. 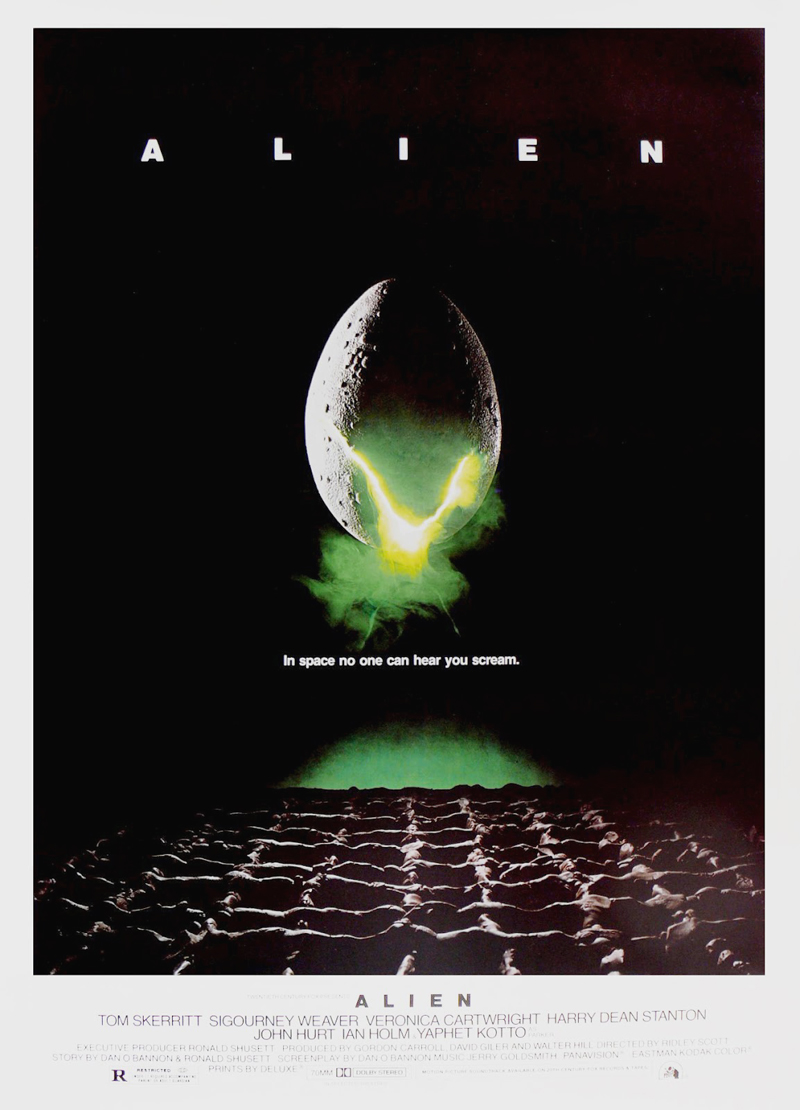 What do you think about Nineteen Eighty-Four! Do you agree with my thoughts on the film or book? I would love to hear from you in the comments below? Thank you for visiting today.