“Beyond Lies the Wub” is a science-fiction short by writer Philip K. Dick. It was his first published genre story, originally appearing in Planet Stories in July 1952. It was first collected in The Preserving Machine in 1969, and was included in The Best of Philip K. Dick in 1977. It was the title story for the first volume of the original edition of Dick’s collected stories. Translations of “Beyond Lies the Wub” have appeared in Dutch, French, German, Italian, Polish and Spanish; and the story has been included in more than a dozen anthologies.

Before we get started, I would like to thank you for visiting and I have added the full short-story for you below if you would like to read it.

Crew members are busy loading a spaceship with animals on Mars. Captain Franco and his crew are using the animals for food to endure their journey back to their home planet, Earth. A crewman named Peterson arrives late with a peculiar creature the inhabitants call a Wub, overweight and docile in appearance. Captain Franco is worried the extra weight may be too much for their ship but believes the Wub could be very tasty to eat and decides to take it onboard. 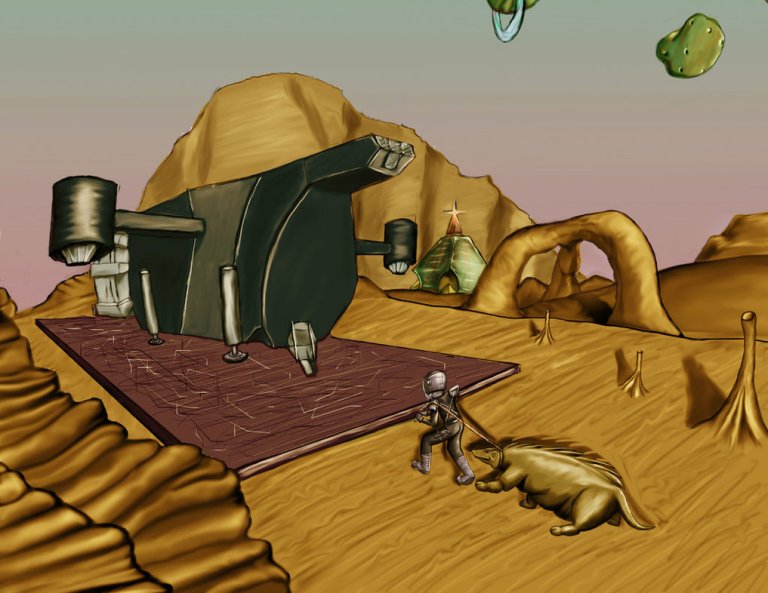 Peterson feeds the Wub and tries to make it comfortable but Captain Franco is more interested in the best way to cook it. To the crews’ amazement the creature speaks out, and after some confusion, the Wub finally says they could talk of other matters before the Captain invites him into his office. Captain Franco learns that the Wub can read his mind and can see what plans Franco has for him in the future. The Wub pleads for his life before the Captain becomes aggravated and asks him to leave. As the Captain stands and the door, he seems to be paralysed, unable to move as the Wub slides slowly down the hall. 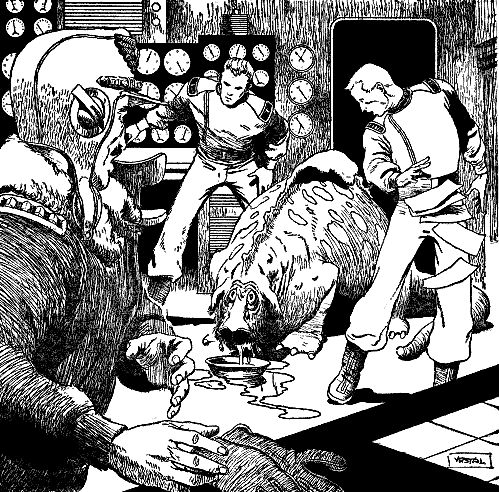 Below deck, the Wub and Peterson discuss mythology and more importantly, Odysseus before Captain Franco confronts the pair. The Captain now insists on killing the creature. The crew watches on as the Captain raises his gun, looks the Wub straight in the eyes and pulls the trigger.

Later Franco serves the Wub to his crew along with potatoes and green peas. Some of the shipmates, still troubled by the Captains decision to kill the creature withdraw from the table, leaving Peterson and the Captain alone. Franco turns to Peterson and tells him to cheer up. “As I was saying before I was interrupted, the role of Odysseus in the myths—” Peterson jerked up, staring. “To go on,” the Captain said. “Odysseus, as I understand him—”

I enjoyed Beyond Lies the Wub for a plenty of reasons but let me set the visual landscape in which way this story played out in my mind. My previous short story, Mr Spaceship felt like a black and white 1940’s television show but this was story was animated, manga style and full of beautiful colour. Thinking about it, the rotoscope animation used for A Scanner Darkly would have fit this story perfectly.

So, what did I like about the story? Well I am always impressed with how Philip K. Dick can take a simple concept and still manage to make you think about your place in the world! I’m not saying the idea is simple but he doesn’t over complicate the story. It’s a tale about humanity and he uses the science-fiction elements sparingly to set the scene. I guess that’s what the great writers can do and for a novice like myself, it would be very easy to make this story very confusing by trying to force in a million other details in there.

Captain Franco and Peterson are two different characters in this story for obvious reasons but to me they represent the mind of the reader. Let me try and explain that better! I know I’m a pretty decent person and I try to treat the world around me with respect and compassion and Peterson portrayed that very well. I am also honest enough to say I have hurt others in the past in the pursuit of my own pleasure and there is a hint of Captain Franco in my persona as well.

A tear rolled down the wub’s cheek and splashed on the floor. “Maybe it’s good to eat,” Peterson said nervously. “We’ll soon find out,” Franco said.

I have to say, even though Captain Franco is considered the villain in this story, I thought his character was brilliant. It sums up higher management perfectly and makes you wonder how they came to be in that position in the first place? Here we have a person responsible for the lives of others and as the Wub speaks out, he still manages to make a mess of the situation. I do admit, this part of the story made me laugh out loud.

“I wonder if there’s a native inside it,” he said thoughtfully. “Maybe we should open it up and have a look.” “Oh, goodness!” the wub cried. “Is that all you people can think of, killing and cutting?” Franco clenched his fists. “Come out of there! Whoever you are, come out!”

I guess that leaves mysterious Wub to discuss. I love how Philip K. Dick leaves you wondering about the creature’s origin? Please ignore my lack of knowledge about Greek Mythology but Odysseus and his trojan horse made me believe this was a very intelligent alien entity that used this docile creature as a way of gaining access the Captain’s ship. I don’t think it had any malicious intentions but has spent thousands of years exploring the galaxy, looking for new and exciting worlds.

“Well,” he said. “I must say that this was a very enjoyable meal. All the reports I had heard were quite true—the taste of wub. Very fine. But I was prevented from enjoying this pleasure in times past.”

There we go, Beyond Lies the Wub. I have to say, this was a pleasure from beginning to end and I hope you enjoy it as much I have. I am so glad I started to look at Philip K. Dick’s short stories and its perfect place for me to start really enjoying and understanding his work.

Thank you for reading, have you read Beyond Lies the Wub? I would love to hear your thoughts about it. I’m always looking for like-minded people so please follow me for future posts and let me know where I can check out some of your projects. Take care and again, thanks for visiting. 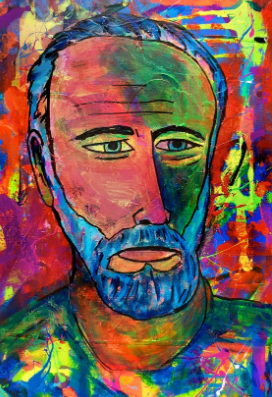