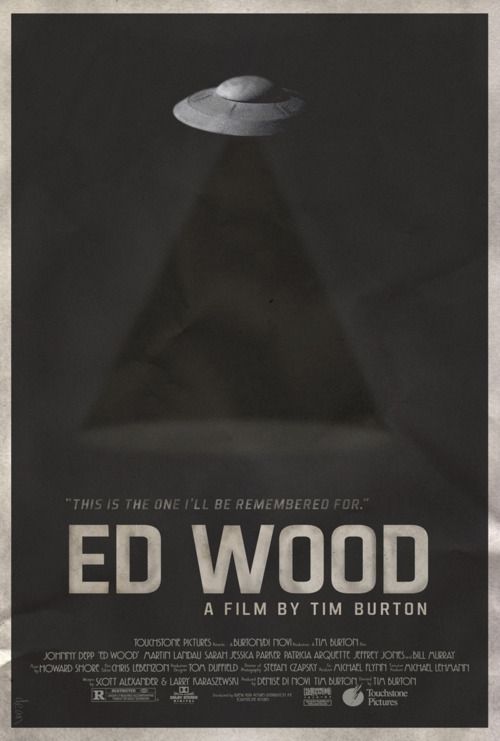 My Journey into science-fiction is pretty simple and all each film has to do, is have a connection with its predecessor. part 18 was scanners,1981 and if you want to know how that film brought me to ed wood, click on the link below. 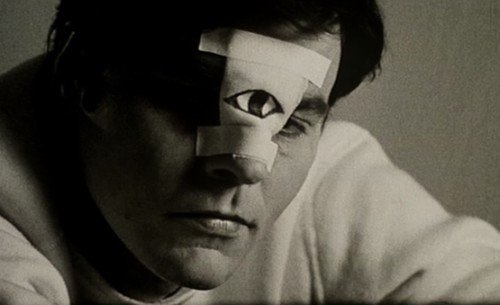 scanners, my journey into sceince-fiction part 18.

Well here I go again, well for you this will be the first time but this is my third attempt at writing this review on Ed Wood. With hindsight, I should have realised this because I tried to watch this film in the ’90s and couldn’t get through it. Fast forward to 2020 and I finally watched it and was very entertained. Unfortunately, I also found it very difficult to follow up with my research and watch Plan 9 from Outer Space and I spent a lot of time wondering why? I have a couple of thoughts in my mind but I thought it would be better to try and discuss the film as honestly as I can and then try and work it out in my conclusion. 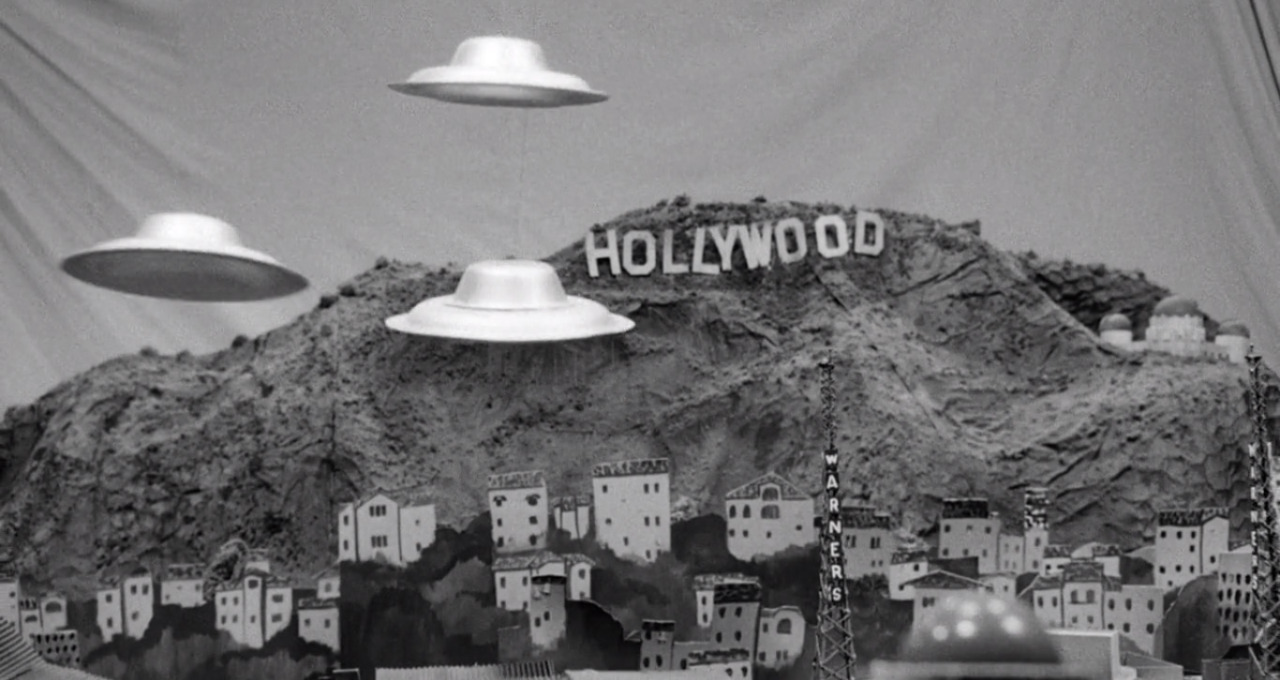 Ed Wood is a biopic about Edward Davis Jr, an American filmmaker, actor and author. The story centres around the making of his most successful film, Plan 9 from Outer Space and his sheer belief to make it happen. Ed Wood is portrayed by Johnny Depp in this film and I have to say it was completely refreshing to go back and look at a great actor who was ready to push the boundaries of his talent. The real Ed Wood is famous for his cross-dressing fetish and once admitted to wearing pink bra and knickers under his uniform whilst serving in the war. Johnny Depp seemed to embrace that role and somehow still seems to look very much like the perfect film star in a women’s cardigan, amongst a wardrobe of some very peculiar outfits.

Well, I better add some backstory before moving on. Ed Woods Plan 9 from Outer Space was voted the worst film by The Golden Turkey Awards in 1980. Since then, Ed wood has become a cult sensation while the interest in his films keeps growing. Now, I know I’m never going to be an award-winning writer but I always feel it’s best to be truthful and Ed Wood the filmmaker is not very interesting to me at this moment in my life. That said, I don’t think you need to be a fan of his to enjoy this film as I found the most enjoyable part of the story is about friendship and the struggles of life.

Ed Wood’s most memorable friendship in the film is with Bela Lugosi, Martin Landau. Bela Lugosi, an actor who was famous for playing Count Dracula and playing second fiddle to Boris Karloff throughout his career. Bela Lugosi ended up with a drug problem that included morphine and methadone and a film career that was over till Ed Wood asked him to star in some of his low-budget films.

This is where I think Tim Burton and his crew made this film into more than a biopic, it’s more of a fairy-tale! I love how Ed Wood and Bela Lugosi meet and share this time in their lives together. I think the chemistry between Johnny Depp and Martin Landau is pretty special and one scene, in particular, comes to mind. Ed Wood and Bela Lugosi are sat on the couch discussing some of the hand movements Bela used in Dracula and it was mesmerising to watch. It’s at this moment I realised that I’m more interested in their acting instead of the story.

It’s at this point in the review that I get a little lost! I think what I’m trying to say is that there are a lot of layers to this film when I think about it. Please let me try and explain a couple of those layers below.

First of all, it’s the hero’s journey, a bit like Star Wars but with vampires and transvestites! We have Ed Wood on a mission to make the greatest film ever and his sidekick Bela Lugosi with his troubled past, trying to find some redemption in life. Along the way, we have antagonists who try and destroy Ed’s vision but with the help of his friends, he finally achieves his dream. All of it wrapped up with a pretty bow on top. Okay, i missed a lot of information out but it’s the perfect American dream and it’s very entertaining.

Going back to the hero’s journey! It’s interesting how this story is different from actual events but exists in its own world now. Old fairy tales have some truth to them but are changed and exaggerated over the years and who knows, maybe this could be morphed into something new again. I don’t know Ed Wood’s true story but I have heard some of it and I don’t care to learn anymore. I like this version of events better and maybe his life was a lot darker and less enjoyable, just like this review!!

Thanks for reading and I hope it wasn’t as tedious as it was writing it. To be honest, it was a bit of a task but I needed to write it so I can move on to next film in my journey. It was not the film I expected as I thought it was going to be more science-fiction and WOW! I was wrong. There is something charming about Ed Wood and for the life of me, I can’t work out what it is? Maybe it’s just not the right time for me to get it or I’m not highbrow enough to understand its complexities, but it is what it is and we must move on in life. 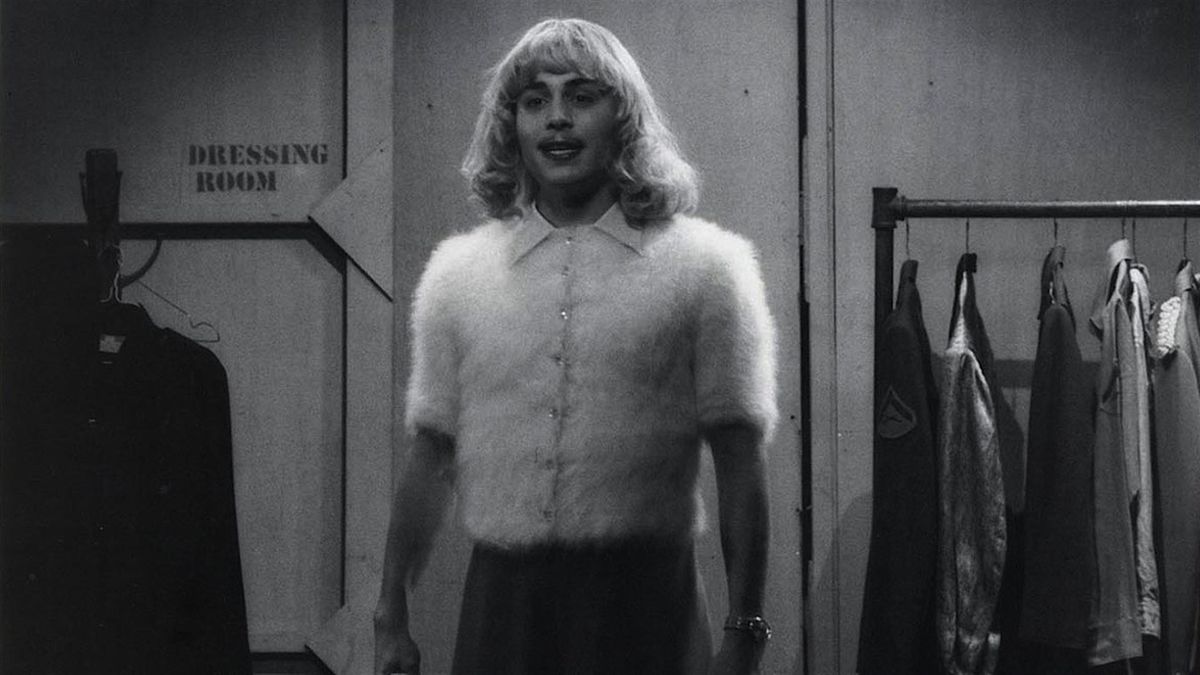 I guess it just reminds you that art and creativity is a wonderful way to express your feelings. Okay, some people are far more talented and get more recognition for their art but it doesn’t mean you don’t have the same fun making it. The only difference is, they get a swimming pool and I get a bath and maybe a bar of soap once in a while. I had fun with this film but I think I did it an injustice with my writing but at the end of the day, who cares really? Well, I care because I want to learn how to write better but no one else cares and that’s all right with me. If you are still reading this, then I have achieved something? I don’t know what, but it exists in another realm now and that’s pretty magical if you ask me. I admire every single person that goes out and expresses themselves because you can learn a lot about life that way, Ed Wood included.

So where am I going next in my Journey into Science-Fiction Part 19? I struggled to find a connection to my next film but Sarah Jessica Parker saved the day. She starred in Ed Wood but I failed to mention that amongst everything else in the film. Turns out Sarah was in one of my favourite childhood films and I’m excited about this one. Flight of the Navigator, Directed by Randal Kleiser in 1984.

Normally I would ask for comments about Ed Wood or my review but I’m guessing you might have a headache about now, so I will simply say goodbye. For some of you that probably means forever haha

My Journey into science-fiction archives.