A single car drives through an old decaying urban area, leading to a bridge that shows an advanced city skyline. In the car are Irene Lee Maura Tierney and her daughter Foster Annalise Basso who have travelled from a low-tech bubble in the west to discuss some of the invasive procedures this advanced society seem to be involved in. As wonderful as this utopia looks, Irene is pretty sure that the freedom of the people is far more important. Foster, on the other hand, seems to be impressed with what the city has to offer.

The next day Foster attends school for the first time and already alarm bells are ringing as she enters the building, only because she isn’t wearing a DEX, a tech bracelet and tracking device. Foster is pulled to one side, searched and assigned a red band for her arm. In class, she starts to understand how different she is from the other students and realises some actually fear her. Before she leaves, Kaveh Algee Smith a student says he can get her a DEX if she really wanted to fit in with the others.

Back home, Foster tells Irene about the DEX and she refuses to let her daughter have one, there is a difference between safety and comfort and Foster would be giving up her freedom with this device. Foster, has different plans and the next day she asks Kaveh to get her a DEX bracelet using her mum’s credits. Once the purchase has been made, Kaveh goes to kiss Foster and she declines, saying she only wanted his help! Kaveh takes offence and tells Foster to wait on her own for the DEX. Foster waits and eventually, a delivery drone appears and drops the device to the ground, before taking the box home. As Foster opens the box, she is asked to put a device into her ear (Hear Gel) and put on a bracelet which then opens up a holographic display. Struggling to close the DEX down, Foster starts to hear a voice, its customer support. An employee for the DEX kindly takes her through the tutorial of the bracelet, also telling her she is a natural. Foster asks the employee his name but he says it’s against company policy to disclose such information and the chat ends. 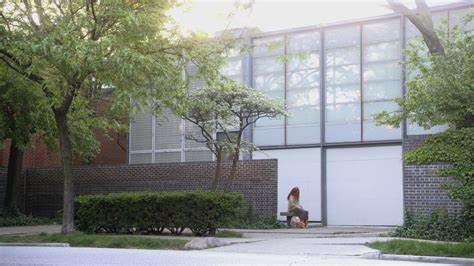 In school, the next day the students are watching a video of a terrorist attack and the teacher asks one of the students to point out who the suspect is? Foster notices a man in the crowd who is wearing a badge from her bubble and before she has a chance to tell anyone, it’s him who ignites the bomb! The video says that the terrorists used mind-control on this suspect. Things go from bad to worse for Foster as she finds out Kaveh is about to ruin her because she didn’t have sex with him the day earlier. In order to put things right, she offers herself to him and he declines. Foster has a panic attack and runs to the toilet and as she becomes more upset, the voice from customer support is back again. He says that her vitals are going through the roof and he is worried about her, then he offers to help her situation by looking into Kaveh’s background. It’s not legal, it’s just a favour, he also reveals his name is Ethan Connor Paola. 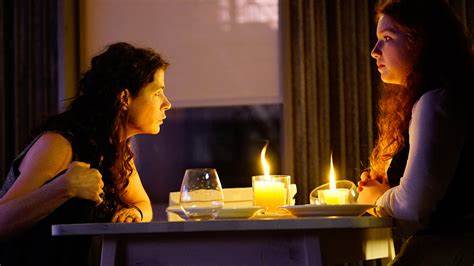 Breaking news a terrorist attack has been stopped in the city!!! Irene is in the middle a video link discussion with a government official when Foster returns home, she believes the attack is a set up by the government because of her presence there. Ethan contacts Foster again but he sounds startled this time. Ethan believes Kaveh is up to something far suspicious after looking into his DEX, he asks Foster for her help and will she follow him before he can go to his boss with any evidence and she agrees.
As Foster is following Kaveh through the school and talking with Ethan, a concerned student walks up to her and ask’s if she is okay, only because she is talking to herself? Foster explains that it’s her Hear Gel, but the student looks confused and walks away. Ethan says that she is one of the first people to use that technology but he suddenly changes the subject by telling Foster she has a new target now, it’s Milena Alice Lee a girl who she first met at the school. Foster follows Milena which eventually leads to a library containing real books, something this society doesn’t appreciate anymore as everything is digital. Foster asks Milena about Kaveh and what they get up to together but Ethan says she is lying, which causes her to have another panic attack. Milena calms Foster down by giving her a drink and telling her about her family background. Ethan starts to scream into Foster’s ear, she must go to the bathroom and purge herself, the drink she had could be poison. Ethan now believes something bigger is going on at the school and it’s now Milena’s father who is the target. Ethan says she cannot trust anyone now, including her own mother, who finally comes to pick her up from school. In the car, Irene confronts her daughter about her breakdown and what is going on. Irene also mentions Foster’s father which causing more hostility and anxiety between the pair just as Foster’s DEX lights up in front of them. Irene says that the DEX would have been paid for with her verified credits and that’s what this mess could all be about, as the car drives away, the bracelet drops out of the car window.

Maybe things will get better now, maybe not! The school is put on red alert as a terrorist attack is imminent. Foster tries to follow the other students as the steel shutters start to cover the windows as the alarm lights flash. The only problem is, she doesn’t have her DEX, so the teacher says security will be along soon to detain her!!? Ethan’s back again and he instructs her to escape the building. At this point Foster is feeling really burnt out as Ethan describes even more bizarre conspiracy theories; she asks for a Doctor. Ethan’s tone dramatically changes as he tells her to “Shut the Fuck Up” He explains that her mum and others want to change this way of life, even if it means using her own daughter. Ethan explains that there are twelve more children out there that are ready to attack, she must follow their instructions in order to cut the head of the snake.

Foster is back home and Irene says she is sorry for being too harsh on her, not only that, she hands her back the DEX and says she is just worried she is giving up her independence too easily. Irene thinks the state is trying to fear people into giving up their freedom and free thoughts. Foster says she will give the DEX up for a day or so to see how it goes. Unfortunately, she is also in her bedroom making a makeshift bomb. The next morning Foster leaves early whilst her mum in bed. As she walks towards the gates at school with the bomb in her bag, Milena tries to catches her attention. Foster speeds up towards the security gates but Milena catches her as the alarm starts to scream as both students go to the ground. As Foster is apprehended by security she notices a message in the sky, “Thank you Foster”. 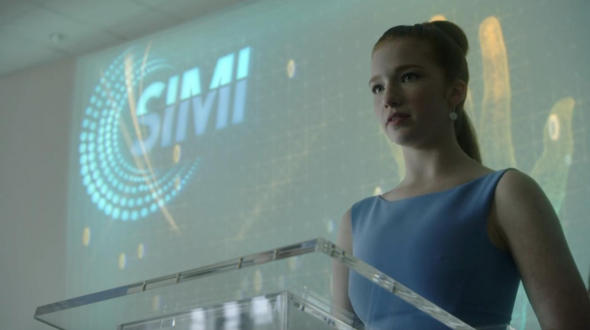 Afterwards, Irene is arrested for brainwashing her own daughter and the state announces that new tech is going to be distributed in order to make the city a safer place, including Hear Gel. Foster walks to the podium and now looks like everyone else, her individuality gone. She reads a speech from autocue about how safety and comfort might not be the same thing but people need them both, then starts to ramble before been led away from the stage. Ethan is there to hold her hand as they leave.

I think this episode was pretty basic compared to some of the others in this series. Basic, but effective as I thought the locations used really helped to carry the story perfectly. I do like how the writers of the show are trying to look at the next big technological advance in society. We looked at the delivery drone last time in Autofac but the holographic display used by the DEX is now becoming a possibility as well. I guess the question is, did I believe in this world? and the answer is yes.

I really enjoyed this episode and I can’t wait to read the original story by Philip K. Dick. The pace of the dialogue is relentless and makes you feel very uncomfortable throughout. One of the little touches I enjoyed was the fear the security guards shown on the bridge when Irene threw her papers to them. At first, they acted tough but they started to act like frightened children when she left her car, it’s very brief but it tells you a lot about this story, very good directing. Mental health, well there’s an issue I didn’t really think about when you talk about brainwashing but it’s quite scary just how vulnerable people can actually be in those circumstances. And finally, at the end of the episode, there is a scene that shows you Ethan and his boss Odin interacting with Foster and manipulating her at each point through the episode. I found this very pointless as the clues are in the episode and I think they should have treated the viewer with a bit more respect. I think there are so many issues in real life that you can compare this story with but I believe fans of science-fiction have their eye on the ball pretty well when it comes down to technology and freedom. All I can say is stay safe and thanks for reading.

So what are your thoughts on Safe and Sound? What did it mean to you? I would love to hear your views about this episode. Thanks for reading and I will be back soon. 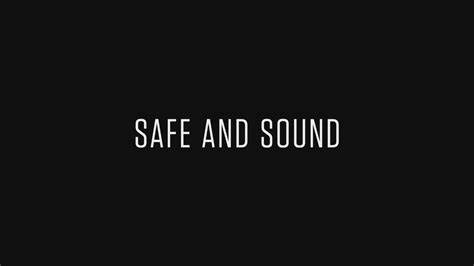