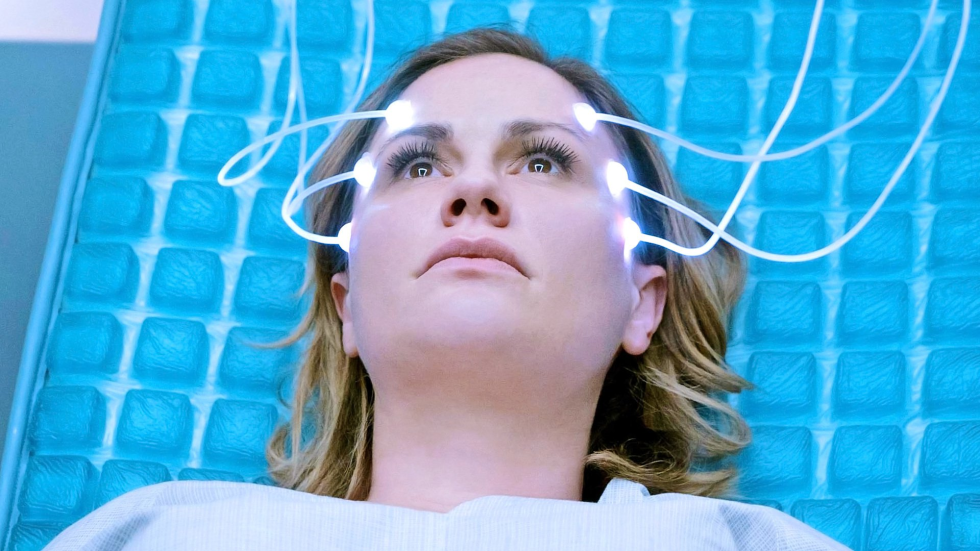 Real life, what can I say? First of all, I’m extremely happy that we now have an American episode in this series. For some reason, my brain always imagines that America is the setting for all of Philip K. Dick’s work. I love a good eye shot, some of my favourite films use this and was happy to see it used here. As soon as I started to watch this episode, I felt uneasy with the glossiness and distinctive look of the show, thankfully it was meant to look like a perfect world to help show the different tone between the two realities were are introduced too, kudos for that. I’m a big fan of some of Ronald D Moore’s work, so I was very happy to learn he had directed this episode and couldn’t help think about those same aesthetics that I have also seen in Battlestar Galactica. All in all, this didn’t seem to have the beauty of some of the episodes before it and felt a bit of a bottleneck production. Still, I found it served the story very well.

Traumatised cop Sarah’s, Ann Paquin life is in ruins, well her mind is, actually her life looks pretty sweet to be fair, she has a hot girlfriend, Katie Rachelle Lefevre beautiful home, plus all the benefits of living in a modern utopia. Unfortunately, grief and guilt is something you can’t remove in the future with technology, or can you? Sarah is suffering mentally from a massacre that occurred fifteen years earlier, in which her colleagues were killed. Pretty heavy stuff and this is when Sarah’s girlfriend has found the perfect way for her to escape that pain for a while, a virtual reality vacation that is built on your secret desires. Disney World, Benidorm or a nice Luxury Cruise? No Sarah’s secret desire is to become a man whose wife has been kidnapped and killed, lovely. 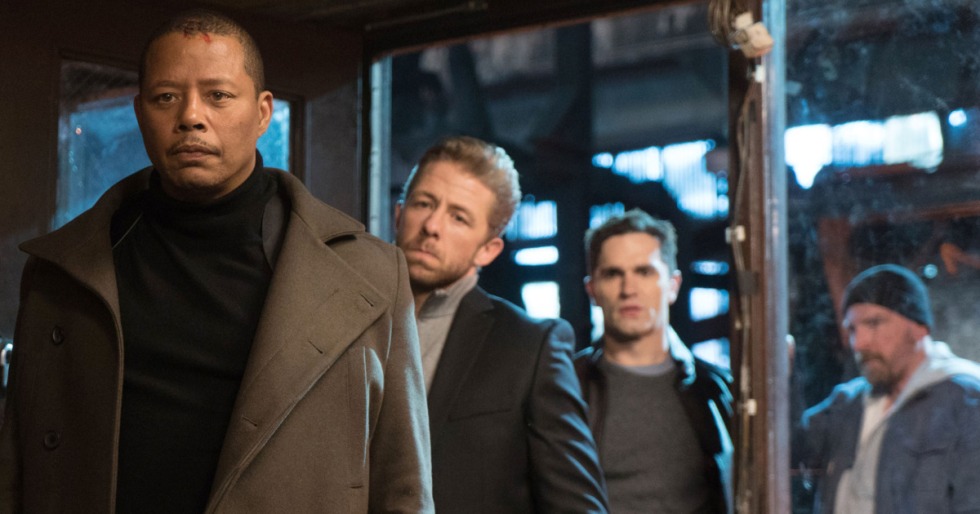 In the other reality, that man is George, Terrence Howard only problem is that George starts to think his reality is real and that’s when the story really begins to turn on its head. After a few visits, Sarah starts to think her reality is not what it seems and by the end of her vacation, she believes it’s her life that is fake. She, he? cuts the route for Sarah to go back to her life. Unfortunately, Sarah’s partner is stood over her in some sort of digital hospital, it seems she has committed some kind of virtual reality suicide! Was her reality real or not? There are a few moments I have skipped over, but I would like to discuss those more in the conclusion below.

I will be totally honest, I felt nothing about this episode at first, but slowly over a week or so after watching it, I really started to think about it in more depth. I’m pretty sure that it is Philip K. Dick who has left me thinking, and I love that. Back to the story and I didn’t mention earlier that it was George who created this virtual reality headset. After much thinking, I do believe it is George that is living the real life, why? Well, I believe it is him who is trying to escape the pain of the murder of his wife and in the alternative reality, it still created the grief in the form of the massacre. I think I also noticed that Sarah’s reality looped a few times in the diner and I didn’t notice that happening in George’s reality. Then something happened in my brain that blew my mind a little further, what if the technology in the headset had created its own reality and was capable of creating life itself. I mean, what is reality? Maybe Sarah’s girlfriend is really grieving at the end. This question is so relevant in today’s world as we delve deeper into artificial life. A week after watching this episode, I can say its one of the best in the series up to now and has left me very pleased. I will even forgive the dodgy cockney accents and somehow spending most of the show wondering where I knew Rachelle Lefevre from, it was Under the Dome! What a modern wonderful science-fiction tale, and one I’m certainly glad I watched. I give this 10/10 Dicks.

If you would like to read any of my previous posts on Philip K.Dick, then click on the link below.

Did you watch Real Life? What are thoughts about the episode and my conclusion? Let me know in the comments below, I would love to hear your thoughts.