So, I was looking for a new podcast to listen to and decided to give Flash Gordon Minute a try. To be honest, I really can’t remember the last time I had watched this film but after revisiting it, I realised it must be over 20 years at least. Well anyway before I start the listening to the podcast, I thought it would be better to give the film a watch just in case there are some parts that I have forgotten. To be really honest It was like watching it again for the first time and I really enjoyed it, I may say even more than the first time around. The film was directed by Mike Hodges In 1981 and filmed in Elstree and Shepperton Studios in England, Brooklands Industrial Park and finally, the airport used at the start of the film is meant to be in America but is actually filmed in Skye, Scotland (Look out for Robbie Coltrane in this scene also). Anyway, this won’t be a full review of the film but more of a look back at some of the things that stood out to me, I will say though, if you haven’t watched this 38-year-old film then go watch it then come back as there will be spoilers. Well, let’s get this started. 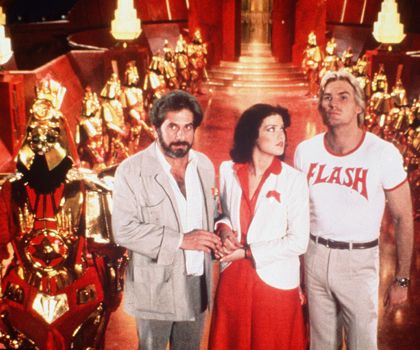 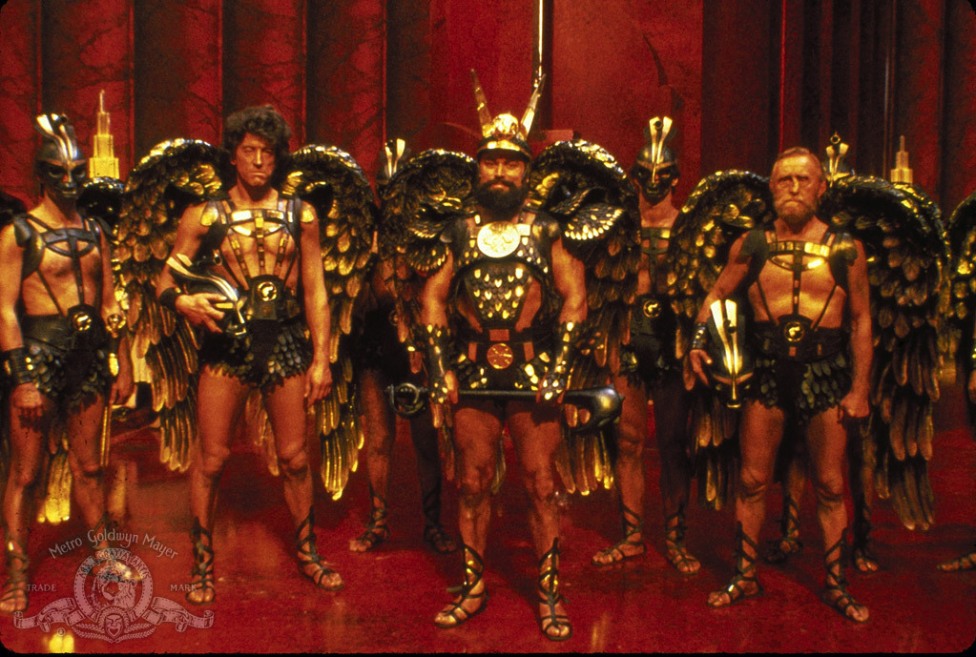 First, I would like to look at some of the cast of the film who stood out to me, Sam J Jones is Flash Gordon and was great in this film, now and how I remembered him the first time around. I did read that some of his parts had to be dubbed due to inside problems that made him leave before the film had been finished. I personally feel I would be quite happy to be known as Flash Gordon for the rest of my life after considering he hasn’t really starred in any major parts since, apart from a few cameos. I bet this character is still paying a few bills for him today and I am happy because he played the part well for me. Well, I guess you thought I was going to talk about Ming the Merciless next but it was Timothy Dalton as Prince Barin that really caught my attention. I don’t think you can get any more English than him in this film. I am going to say and I know people will disagree but I think his performance is actually the best in this film, I can see now why he got the part of 007 later in his career. Next, we have Brian Blessed as Prince Vultan who’s performance along with Max von Sydow’s Ming The Merciless really pushes this film into that camp fun film that it is. Surely “Gordan’s Alive” is the most famous words spoken in this film? When you combine these characters, I don’t know what it is, It lifts the film into an almost believable universe.  Another character that has always stood out to me is Peter Duncan who is most famous for presenting Blue Peter back in the day and I think Kenny Baker is hiding in there somewhere?

Next, I would like to take a look at the story and look of the film. It really impressed me, yeah, it’s a bit crazy but I kinda like it, the crazier the better. I will be honest with you and say I never read any the comics written by Alex Raymond, I do know it was a little bit more formal than this incarnation of his work. It would be safe to say this film is camp but it’s a bit more special than that, I think it was a celebration of some of the special effects people were starting to use and embrace at the time. The costumes really stole the show for me and I do see that Danilo Donati was nominated for a Bafta for costume design, well done to him. If I would have to pick a winner it would be Ming’s Guards, totally pointless outfit and I think it could get a bit sweaty in there, for some reason it reminds me of a massive sock, I said sock; I know what you were thinking! 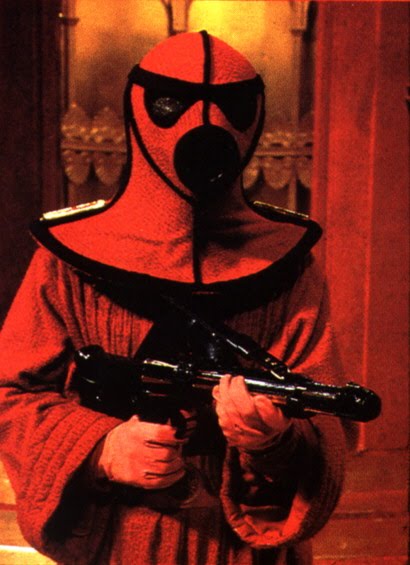 The set design again in this film is totally bonkers and as grand as they come but it has aged very well and all this Retro 80s craziness seems to be in fashion again. There are two stage sets that hold very vivid memories for me. The first one is the hollow stump with the wood beast inside that can kill you instantly. To be honest, my memory of this was far more terrifying than it actually looks today. I have posted a link that scene below if you think you are tough to enough to watch it?

Next is the ultimate in science-fiction entertainment and that’s the Plate of Death, I really wanted to fight to the death on this when I was a child and I am still up for it now. I have always fancied myself with a whip, wait that does not sound right? I take it back! Getting back to film and I just love the spikes and the heckling from the crowd. Perfect. If you look at the crowd there are some cracking faces in there, hilariously funny. No home should be without one in my mind, forget a Jacuzzi.

Its a really great looking film and the colours are amazing in technicolour. I really love how basic the models are that used for filming and blowing up. The use of the matt-painted backgrounds is pretty beautiful. The bluescreen used in the final battle is a bit shaky but this is birth of the special effects we get to watch today so it’s really special and I feel fit the film very well to get it 50s serial vibe.

Last but not least is the soundtrack by Queen and I have always loved the single Flash, it’s so iconic and really great song. I will admit that I had never listened to the full album before yesterday. I didn’t really own any Queen albums either but when I was younger you had to choose your music wisely because it was so expensive. Now I just type it in on Spotify and listen and it was magnificent. I was quite surprised that Queen had performed the full album but the production on this something out of this world. Some of the drums used on “Escape to the Swamp” reminded me of Pink Floyd Live in Pompei, I know don’t know what it is but I am really loving the feeling of this album and the film together. I do think Queen are a great band and one I haven’t really heard of in public recently but I think that is about to change with up and coming biography in November and rightly so, they deserve it. Such a great band and amazing front man.

All in all, I enjoyed going back to watch this film very much and can’t wait to get started on the podcast. I could have written so much more about this film but I have to stop somewhere. Basically, on the podcast, they discuss the film, one minute at a time and you get to find out some really great stuff about how the film was made and hopefully some great interviews and hopefully, plenty of laughs. Please check them out at the link below.

Anyway, thank you for reading and if you have any memories of watching Flash Gordon, then please leave me a comment below.