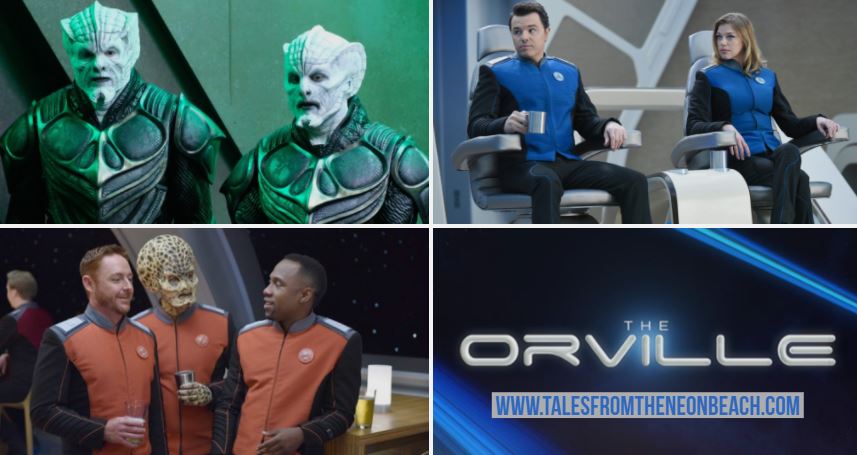 When Star Trek Discovery first aired last September, around that same time Seth MacFarlane released his own Star Trek inspired TV show called The Orville. Looking back, it seems so long ago now personally. Anyway, it’s no mistake that I’m only watching this show so long after Discovery finished, why? Well, it became very apparent to me that some fans who refused to acknowledge Discovery as real Star Trek (How that can be a thing I will never know?) had tried to use this show as an example of why it wasn’t to prove that point. I didn’t want to be comparing this show to Discovery, to be honest, It wouldn’t be fair to their creators. Instead, I let the dust settle till I could give it my full attention. Anyway, here are my thoughts about season one.

You wouldn’t have to be Sherlock Holmes to know Seth MacFarlane is a huge fan of Star Trek, you only have to watch a couple of episodes of Family Guy and American Dad to find out this. Don’t get me wrong if I found myself in a situation where I had the chance to put myself in a TV show inspired by the franchise then I would be doing that also. I’m guessing the show is meant to be funny but I think I only laughed out loud about three times and the rest was just a bit of a mild smile. Now don’t get me wrong, this show could be hilarious because only the strangest of things seem to make me laugh these days. There is something really special about this show though, its everything we expect from a great science fiction story. We have an array of dysfunctional characters all coming together to create a very odd but interesting family. Science fiction teaches us more about life on Earth than any other medium I know. Not only that it can give you hope in the most damaging of situations and this show deals with that very well. 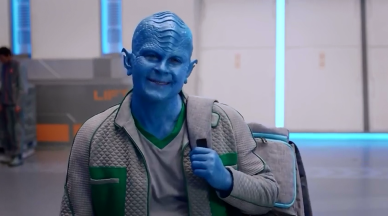 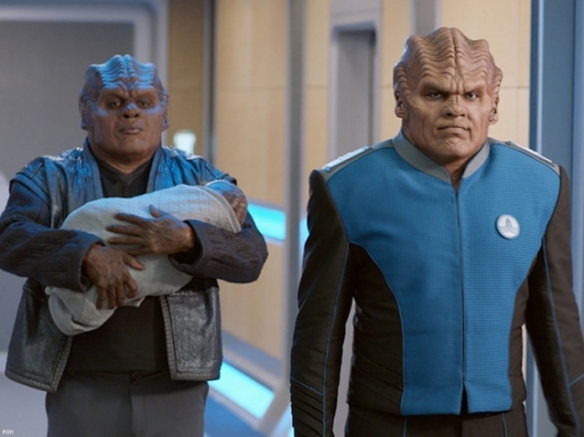 My favourite character in the show is Issac. Obviously, Issac is a lot like Data from the Star Trek The Next Generation but I would say his view on mankind is far more accurate than Data could ever achieve and that’s why I like him. There is a lot in telling people the truth and he is responsible for those three laughs I mentioned.

The design and look of the show is really quite impressive as far as first seasons go. I can totally understand the thought process on why someone who disliked Star Trek Discovery would find some enjoyment in this show! This show looks like Star Trek, all the way from The Next Generation to Voyager. It must give them some comfort to find some familiarity that they don’t want to lose, I get that. 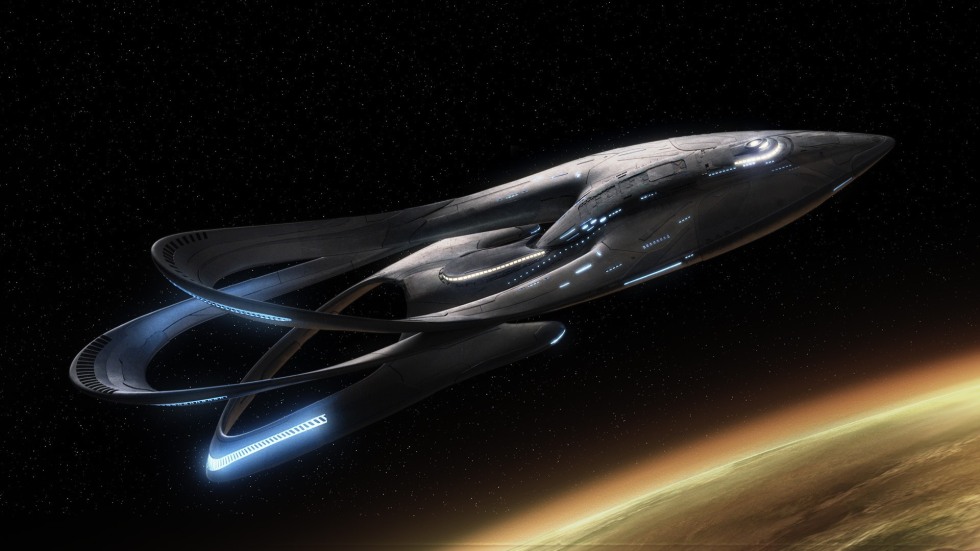 Story-wise there are really some interesting subjects discussed in the show that makes me ask some serious questions about our humanity and the landscape we live in.  An episode called Majority Rules is the one I found most enjoyable as it represented our fascination with social media, not only can likes raise your profile but dislikes can get you treatment for your actions resulting in a fried brain, yum. On the other end of the spectrum, I found that some episodes didn’t really think about the viewer’s thoughts and resulted in something to fill 45 minutes. The Krill is an episode I felt lacked any real substance, one-minute there is slapstick comedy and next, there is a handful of aliens murdered. I guess it is going to be difficult for a show to try and bridge that gap perfectly through both genres.

Anyway, all in all, I welcome season two with open arms. In a world where there seems to be a lot of toxicity in popular culture, I need this show to remind me why I love science fiction in the first place. I just wanted to know how it would feel to fly around the galaxy with a bunch of my friends. It’s also a reminder that science-fiction is about creating something you want to see in your life? You hear “That’s not my Star Trek” or “That isn’t how Star Wars is supposed to be.” Well, there is enough films, television shows and books out there for you to find that vision you are looking for! if not then go create your own universe. I will say they will have to make some improvements if they ever want to see a third season but I wish them all the luck in the world. Science-fiction can be serious stuff but it’s also important to look back and have a good laugh at it once in a while.

Anyway, thank you for reading, my next review will be Star Trek First Contact as part of my journey into science fiction which you can find on my main page. So, have you watched The Orville and what did you think. Please leave me a like or a comment below.