So, I have just finished the new remake of Lost in Space from Netflix. This is a spoiler free review but I just wanted to go over a few things that impressed me from the show and some things that didn’t. I do remember watching the odd episode of the original series when I was younger but not enough to compare it to this version. I do remember that Matt LeBlanc was in a movie of the same name a while ago. I did watch that but I really don’t remember anything so I’m guessing it wasn’t great. Anyway, here are my thoughts.

First of all, this series looks spectacular. I am only just starting to learn about how a television show or movie is put together, I do feel the visual effects, practical effects and locations used to create this world have been put together very well. I am still not sold on CGI creatures, not just on this show but in movies and shows in general and they just can’t get it right; however, they keep trying. I really love the new all-terrain vehicles used in the show, they looked like they are very well-built and add a reality to the show all on their own. The spaceships both in orbit and on the ground gave me a feeling of when you first watched A New Hope. I was amazed at how it all felt so real. All in all, this looks beautiful and the people who helped create it should be very proud indeed. 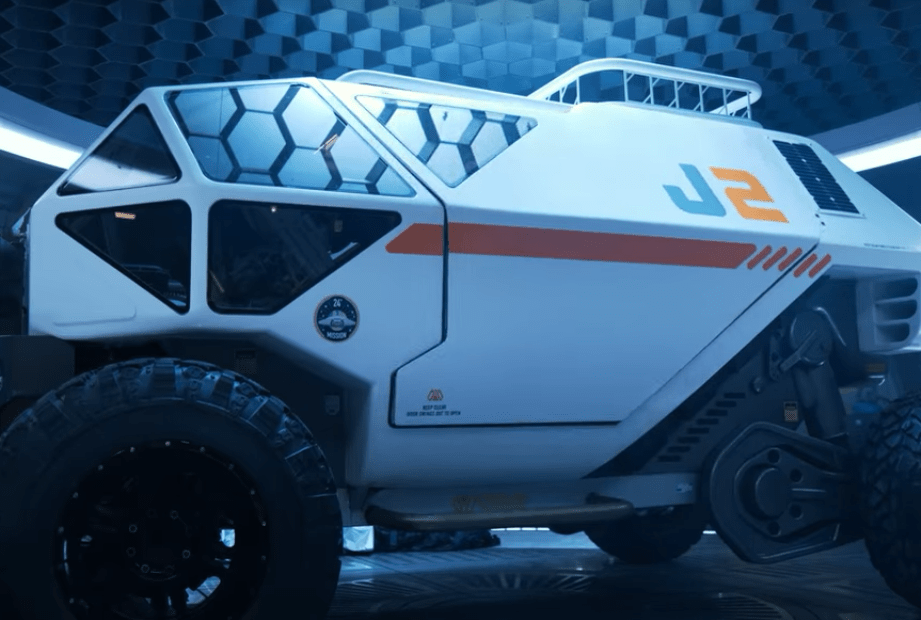 Next, I would like to talk about the story as a whole.First of all, they all worked pretty well as independent episodes which I really enjoyed. However, the only issue I had is that the cliff–hanger at the end of those episodes didn’t feel very strong until episode 7 or 8 but maybe I am just being over critical at this point. I thought the casting worked very well and there are two actors who really stood out for me. Ignacio Serricchio as Don West playing a likable Smuggler really impressed me and you couldn’t help but like him, just enough cockiness and humour to make it work. Last but not least, Parker Posey as June Harris completely stole the show for me, she has the crazy eyes and just by looking at you through the camera she makes you feel uneasy. I think her story arc really helped push the series through. I will admit there are some parts what made me cringe a bit but that’s what Lost in Space is about, it’s a family and it’s made for the family environment. Me personally, I like my science fiction hard and dystopian but even I have to take a break once in a while and lighten up a bit. All in all, I will be looking forward to season 2 and I may do a more in-depth review once everybody has had a chance to watch it. I come from a time when movies couldn’t achieve this level of storytelling and effects so I’m very happy with this amount of new content coming out all the time. If you feel like me after reading this then I would happily recommend this to you. There is one item I haven’t spoken about and that is the robot but I would rather you find out how you feel about that for yourself. Below is what Twitter is saying about Lost in Space and its goodbye from me. 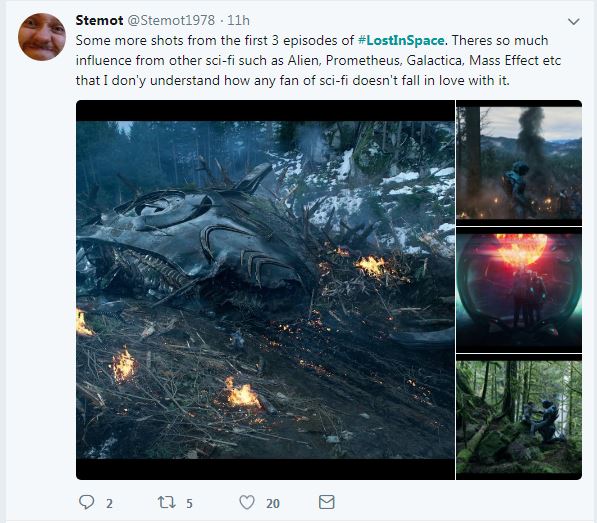 If you have enjoyed this review or Lost in Space then please leave me a comment or like below, It would be good to find out what you think!