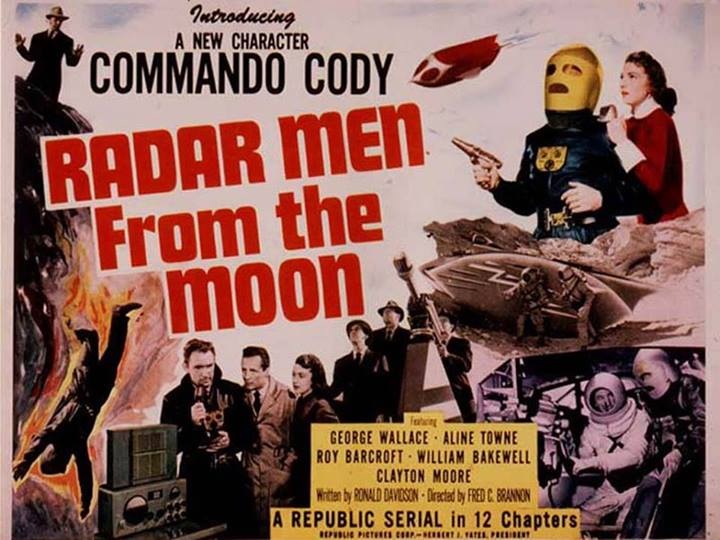 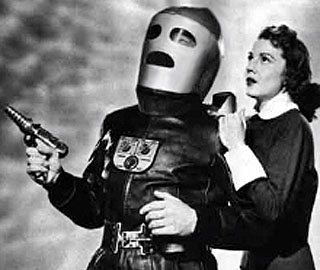 Commando Cody and the Radar Men from the Moon is a 12-episode TV serial from 1952. Why review something from so long ago? Well, I started to write a blog for a couple of different reasons; hence one of those reasons was to learn more about my love for science fiction. I was actually going to start with I, Robot by Issac Asimov but while I was looking around that time period I found a poster Commando Cody and it looked so great that I couldn’t turn down the opportunity to learn more. So here are the rules I am going to follow on my journey into science fiction history. Well, there is only one rule and that is; whatever I review must have been influenced by my previous blog. To be fair, Commando Cody has been the inspiration for a few different movies since 1952 but I will announce what I will be reviewing next at the end of the blog. Call it all science fiction family tree, call it whatever you want, but I know I certainly looking forward to where it takes me. jetpacks on and away we go. 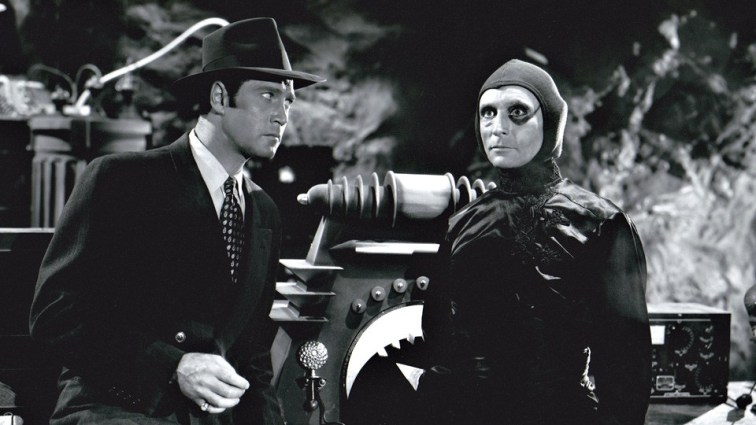 So, as we get into the start of each 20 minute episode of Commando Cody we are introduced to the story by a crawl, familiar right? I think the whole series is about 2 hours or so but it went by so quickly that I didn’t even notice. The main plot of the story is that the Government has discovered that the Radar Men from the Moon could be about to invade Earth. The Government recruit Commando Cody and his finely dressed crew to help find out some more information and wipe out the threat. There are lots of reasons I am glad that I watched this show and I will discuss some of those now. The Music in these early black and white TV shows is really quite amazing and if anyone has anymore information about how they managed to get that very familiar sound I would love to know, please. Is it something to do with Dolby or mono? I guess that could be a blog on its own. Next up is the design and special effects used in the show and it has an art deco feel which I really like. All the Actors are very smart representing the Film Noir look which was quite popular at the time I think. The special effects could be counted as primitive in today’s world but I really like the look of the Spaceships, Ray Guns and the Moon Headquarters. If you have watched the Star Wars Prequels then you will find the DNA of Commando Cody all over them, starting with the name itself. I can see how this would inspire a young George Lucas to go make A New Hope. Don’t forget this is before Man went to the Moon and people must have always thought it would look like. So is Commando Cody worth watching? The story is a little repetitive and you are really going to have to put yourself in that time and try to use your imagination more, which is a good thing for me. If you like looking at early special effects and cool costumes then yes it is worth it for you. Commando Cody, flying himself is a joy to watch and when he takes off and I’m sure you can see the Superman movie pinching some visuals from him. There are also some great comedy moments, one of my favourite been when Commando Cody’s Jetpack is shot why he is flying and he lands in a bush, the whole 2 hours is worth it just for that. If you looking for some lighthearted charming science fiction then this is for you. Well do the Radar Men manage to invade Earth? Well you can find out when you watch Commando Cody and the Radar Men from the Moon. Also available is a second 12 part serial called Zombies from the Stratosphere which I will be watching on that rainy day when you just want cheering up. 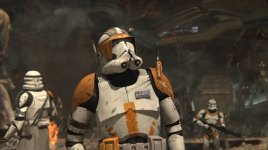 Whats next? Commando Cody has been referenced in a few different properties over the years. Star Wars had a Clone Trooper named Commando Cody complete with Jetpack. In Star Trek Voyager they run a Holodeck program called The Adventures Captain Proton which has many references to Commando Cody. Commando Cody also enjoyed his time on the TV series Mystery Science Theater 3000 but for the right or wrong reasons, I have found Commando Cody has some links with the 1991 film The Rocketeer which I will be writing up a review for soon. I look forward to watching it again after a very long time. 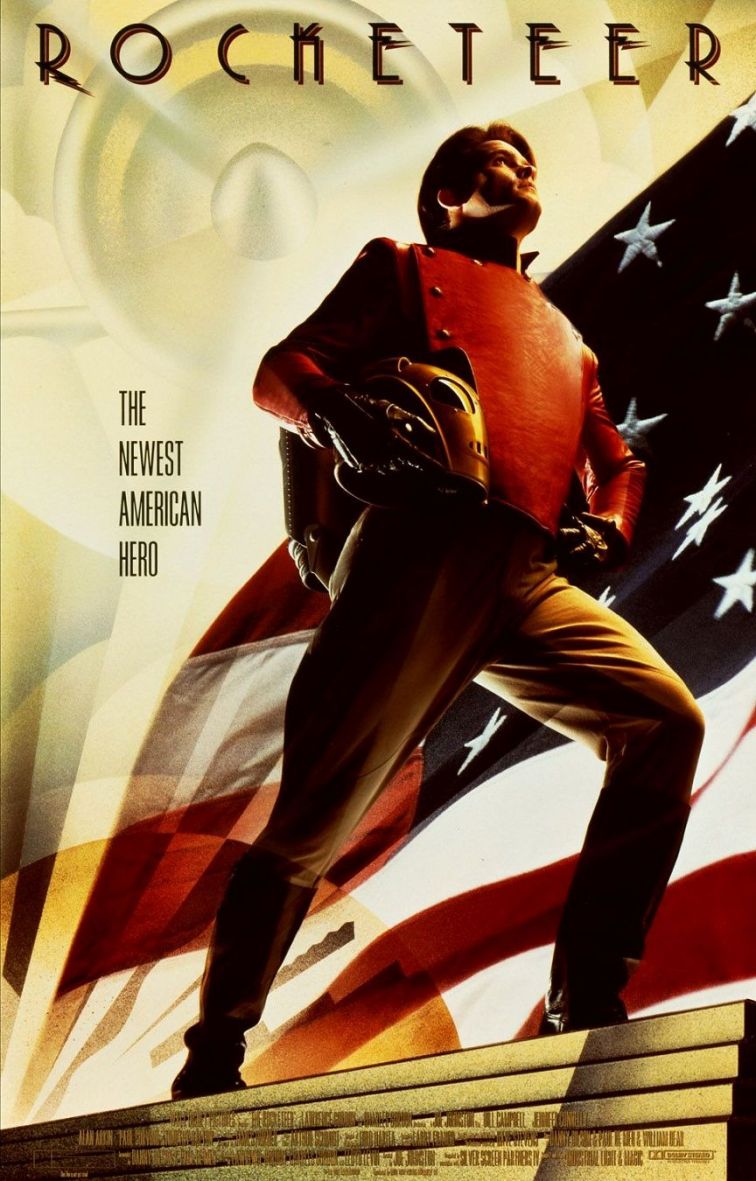 Well thank you for reading and what did you think of Commando Cody or my blog, let me know in the comments below.

3 thoughts on “Radar Men from the Moon. My Journey into Science Fiction Part 1.”

There was an error retrieving images from Instagram. An attempt will be remade in a few minutes.