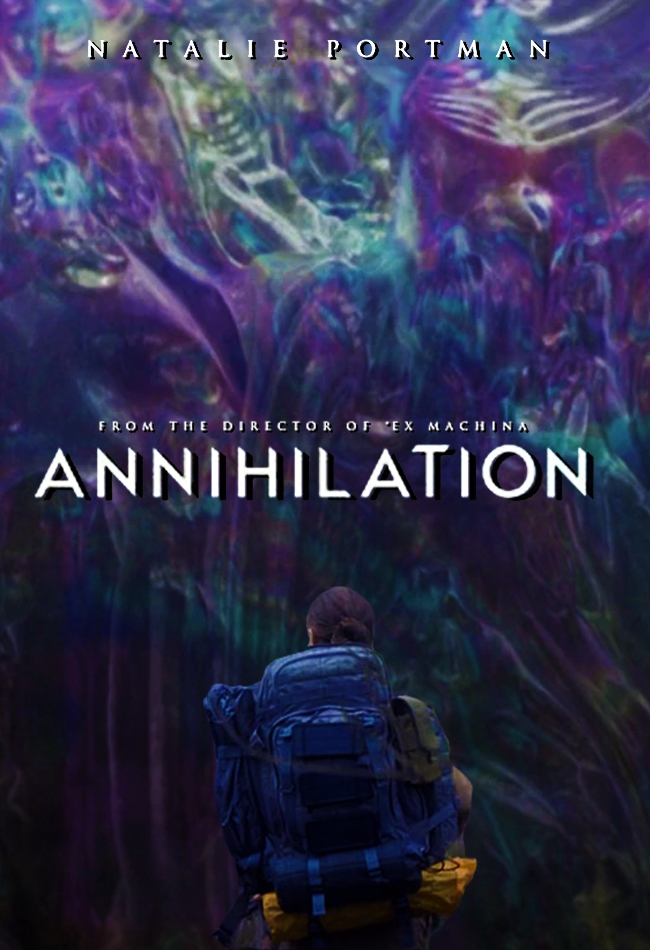 Last night I watched the film Annihilation. its been a couple of weeks since it was released on Netflix but I always think you have to find the right time to watch an Alex Garland film. I can’t remember where and when I first became aware of Alex Garland? I enjoyed watching The Beach and was simply stunned by 28 Days Later. I have read somewhere recently that he had a big impact on the film Dredd which is a highly underrated film in my opinion. Ex Machina his previous film looks at the relationship between mankind and artificial life which certainly left me questioning my own existence. He is a great writer and director and knows what questions to ask his audience. 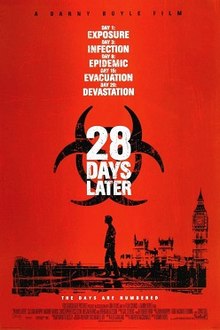 let’s get down to it and Just a quick reminder that from now on there will be some spoilers. At the start of the film, we see a meteor descending into Earth and crashing into a Lighthouse. We are introduced to the character Lena, Natalie Portman, a Cellular Biologist who is trying to come to terms with the disappearance of her husband and soldier, Kane, Oscar Issac. 12 months after his disappearance Lena returns home to start painting the bedroom she shared with her spouse. Maybe she should have gotten the Rollers and Paint Pots out a bit earlier because at this moment her husband appears on the landing looking a little lost. Kane can’t remember anything since he last left and on top of that, he is suddenly taken ill! This is where the story really starts to get going now as Lena and Kane are intercepted as they are traveling in the back of an Ambulance and taken to Area X near to Lighthouse where the film began.  In camp, Lena is briefed about an unknown area called the Shimmer and told her husband is the only person to ever return. Lena along with Psychologist Dr. Ventress, Physicist Josie Radeck, Anthropologist Cass Sheppard and Paramedic Anya Thorensen volunteer to enter the Shimmer to try to find out what had happened to the previous team and learn more about the anomaly. 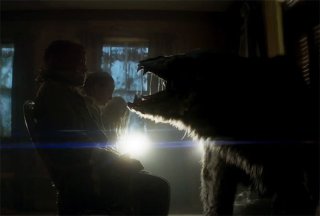 I am going to write about the final part of the film a little differently than previously and this is because I want to talk about how this made me feel. Also, if you haven’t watched this, I wouldn’t want to spoil a second of it for you. First of all, it’s beautiful, and second, it’s as dangerous as hell. Everything we know about life itself is completely turned on its head in the Shimmer. Time, Nature and Humanity is basically put into a blender and left on spin overnight. I had thoughts of old hippies witnessing the same visions in the desert in the 60s after consuming copious amounts of LSD. All this leading up to Lighthouse and Lena finally getting the chance to see what happened to her husband. This ending was beautiful, thought-provoking and really quite scary. Why? Because it made me realise just how incredible and vulnerable life is; however It really does make you think a lot and I will need to watch it a few more times before I can actually grasp what the film is trying to tell me. This film has everything a modern film lover should want to watch. Alex Garland has created a film I believed in for a budget of 55 million, I would like to see him create a universe just like some of the pioneers in the early 70s and 80s. It had some elements in the film that took me back to those early franchises such as Aliens, Star Wars and some of the great horrors of the past. I can’t tell you how much of a great film this is with words only, you need to witness it for yourself 10/10 all the way.

Thank you for reading, it really is appreciated as I’m quite new to the blogging world, if you did enjoy this blog do leave me a like or comment, if you decide you would like to follow me, I will follow you right back, enjoy your time people.