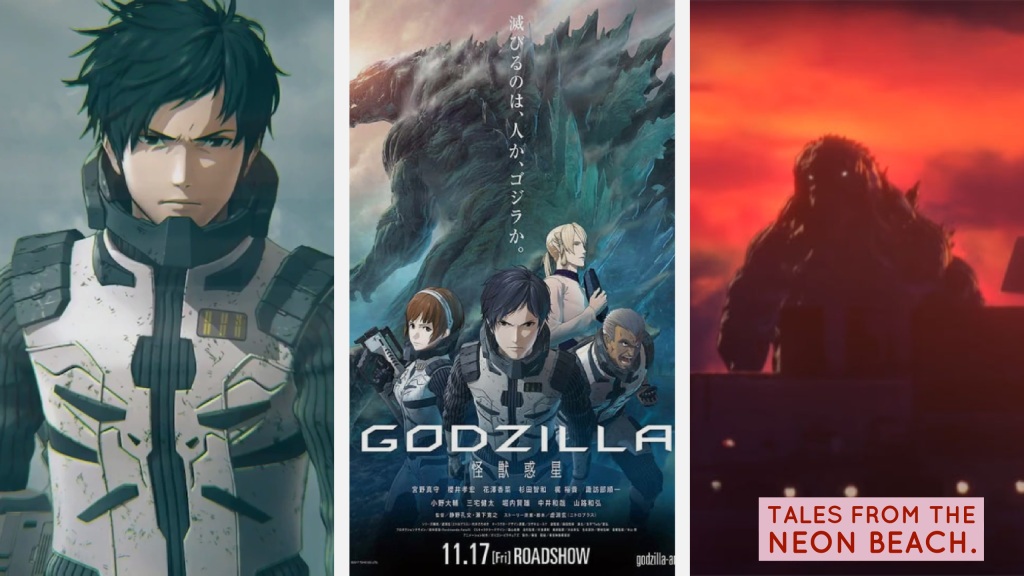 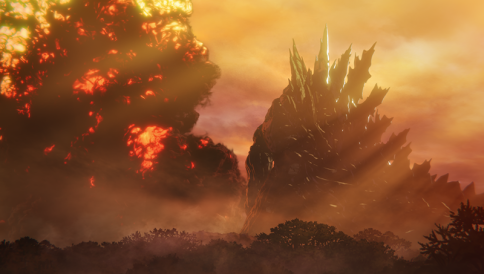 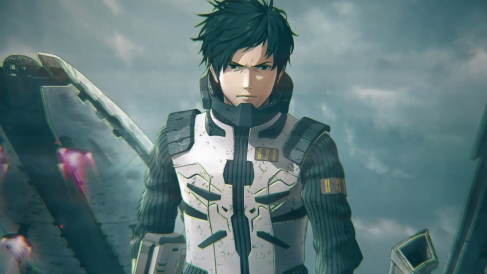 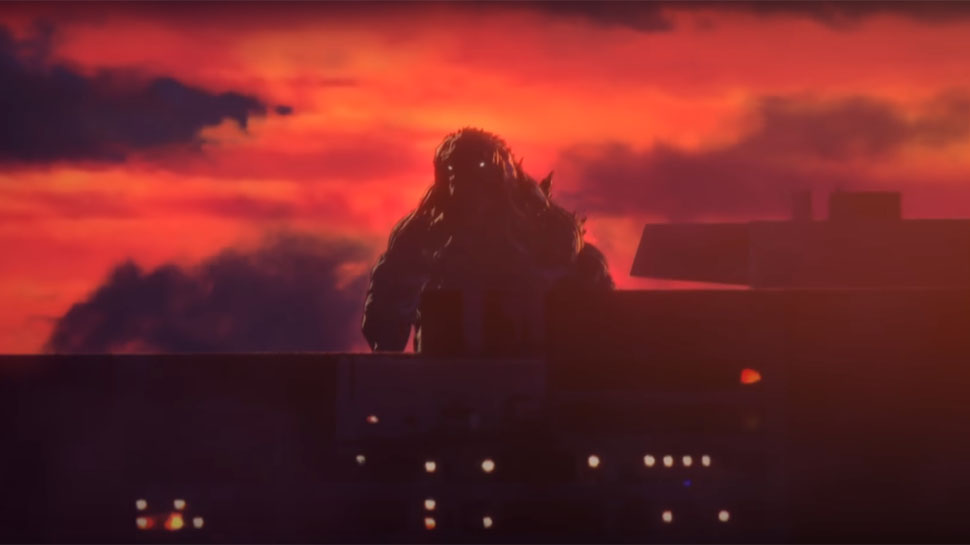 Godzilla: Planet of the Monsters Part 1 is a 2017 Japanese computer-animated science fiction kaiju film and was released on Netflix on January 17, 2018. I must admit I feel both out of my comfort zone and also in it at the same time. I have felt out of it because I have tried over the last few years to watch some anime and really didn’t know where to start with it. On the other hand, I’m quite fond of Godzilla, so what a time for me to get me involved. Well, why anime? well, it looks really beautiful and I have heard from others that the stories are amazing as well. I had started to watch Attack on Titan and that’s very enjoyable but was a little hard to understand Apart from that I really enjoyed both The Matrix and Blade Runner’s short animated movies which are extremely stylish and fun. I really enjoyed the 1998 Godzilla and it brought some memories back to those Godzilla films I used to watch as a child, he really is an amazing character.

I am not sure if this version of the story had been told before but from the opening scene, I knew I was going to really enjoy this film. I will be giving you some details but also be leaving out enough information that you will need to go and find out for yourself what it’s about. The film starts in space and the visuals and colours are breath-taking, the story arc starts with our main character Captain Haruo locked in his shuttle on a Landing Bay, who is threatening to blow the shuttle up If the main ship’s committee doesn’t cancel, meanwhile another shuttle full of elderly people who are currently been sent to their demise on an uninhabitable planet. Basically, the inhabitants of the ship are from Earth and have been looking for a new home after they fled from Godzilla himself. After 20 years of searching for a habitable planet unsuccessfully, they realise it’s time to go back to Earth and fight for their original birthplace. In the film there is a wonderful scene when our main characters get back to Earth, hopefully, this a theme what runs through a lot of anime. Captain Haruo notices some flowers growing on the grass on a heavily radioactive landscape, after noticing the flowers, he says the planet has remembered mankind and his friend Metphies, an Exif priest. Then reminds him that it is their mother Earth after all. Well you can’t get any better than that and this instantly reminds me of how we treat our planet on a daily basis. Maybe we could start learning how to treat it a little better and that scene really touched me. Godzilla, so what can I say about him? Well, I am going to keep quiet one that front but I will say he looks as mean as ever. The animation of this movie sometimes took me back to the animated movie The Lord of the Rings and as the title say’s, we get monsters also. I know there are some people who know all about the origins of our main character and I’m sure I have noticed some little easter eggs for what could be coming up in the next installments. My journey into anime will be going really well if its half as good as this film. 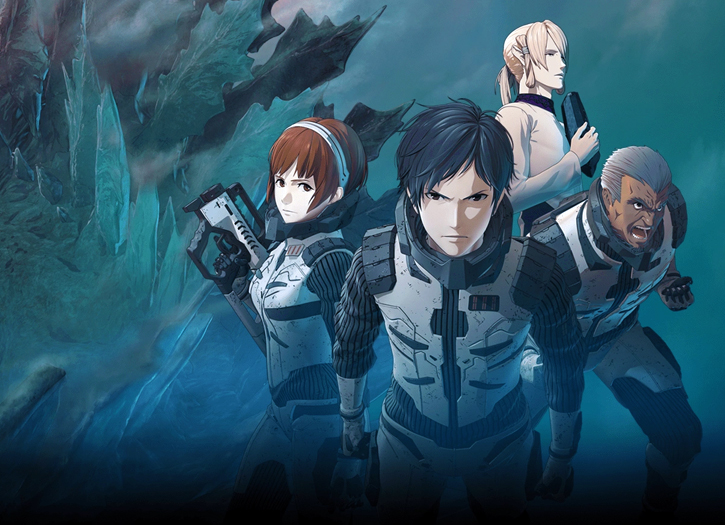 I am going to give this movie a 10/10. If you like science fiction, anime and Godzilla you are on to something good with this. You could even be a fan of one of these genres and you will still get something very rewarding from the film. I’m pretty sure a few film directors in Hollywood will be keeping an eye on this one, I could really see this making the transaction to a blockbuster movie quite easily. It’s far better than any movie that has been released recently and not only that but we will be getting parts two and three leading up to end of the year. Well where does this leave me? well, tonight I will be getting back into Attack on Titan. This post has made me want to go back and watch some classic Godzilla movies again. If you are looking for something new, fun and well written then you should give it a watch.

Below are a couple of comments from Twitter but do remember the only opinion that matters are your own. 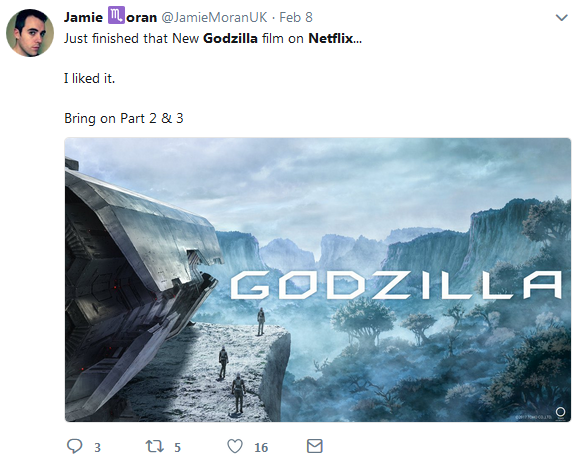 Thank you for reading, it really is appreciated as I’m quite new to the blogging world, if you did enjoy this blog do leave me a like or comment, if you decide you would like to follow me, I will follow you right back, enjoy your time people.