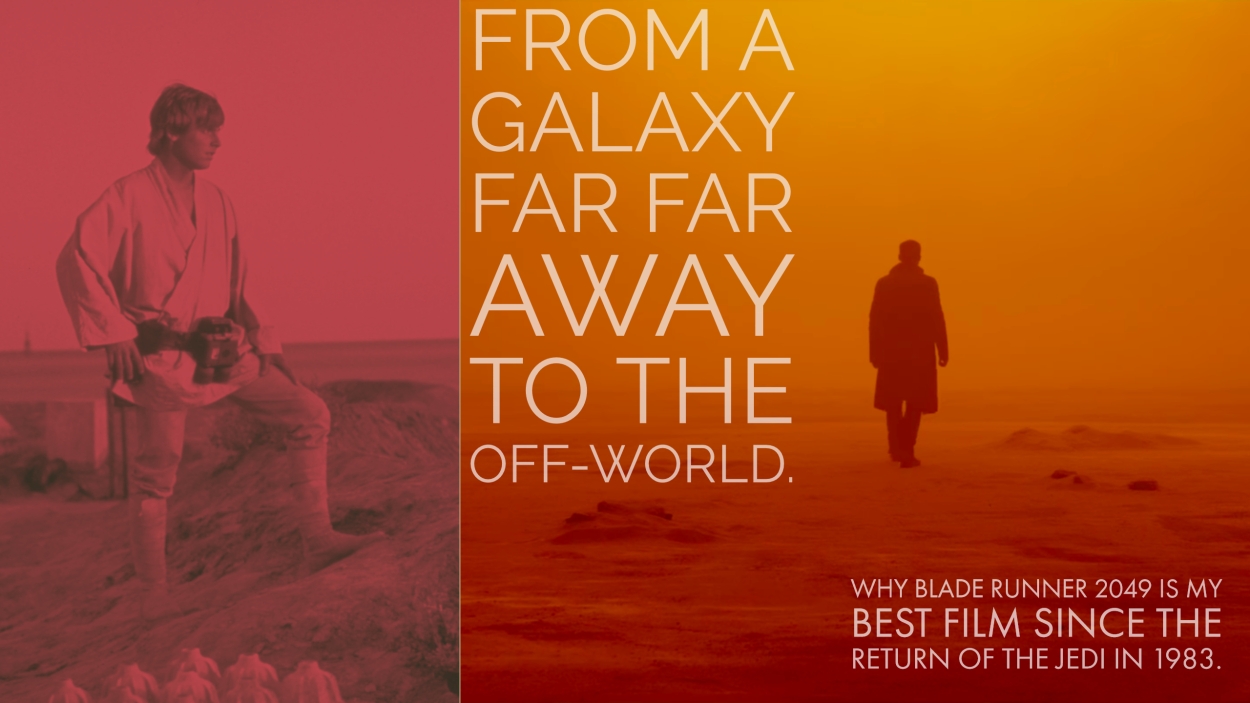 Before the Dark Times.

So before I start, I understand there has been a lot of hate over the last Star Wars movie, The Last Jedi and this blog is in no way trying to add to that. Its just my feelings on a new film that has come out and how it has affected me personally and I am not trying to sway public opinion in the slightest. 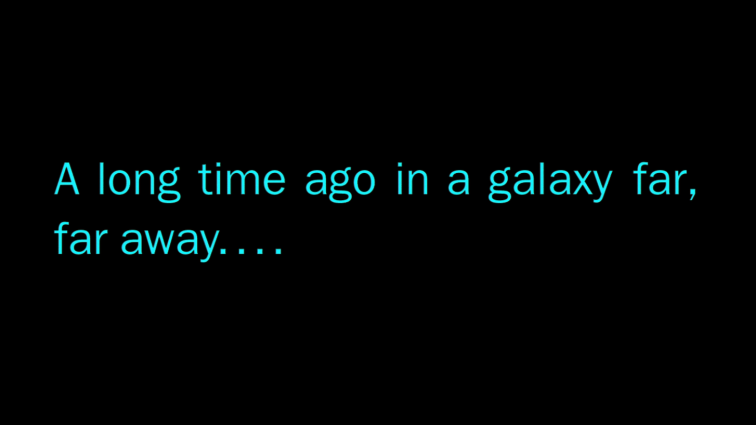 So back in 1983, George Lucas released his final installment in the highly successful trilogy, The Return of the Jedi. Star Wars was my passion and it was everywhere. The true quality Star Wars had over any other film for me is I believed in that world. It wasn’t just me who believed in it also. I never got to see The Beatles or the madness that went with it but I think the universe that George Lucas created is as close I would get to that hysteria. Every kid in my street had the same love for it as me. I Don’t know if Star Wars had somehow raised the bar when it came to filmmaking but between 1977 and 1983 some extraordinary films where released in that time. What did Star Wars give to a six-year-old child in 1983? Well, it taught me about Good Vs Evil, the importance of family and some very good basic rules for life which I could live by. I’m sure if you peeled away the layers you could find some deeper meaning to it but I was six years old and life felt a whole lot simpler then. The main thing it gave me is a glimpse into another world filled with Ice cream makers, amazing creatures and some of the best characters on screen ever such as Greedo, Walrus Man and Admiral Ackbar. I think the Cantina scene in A New Hope blew everyone’s mind. I loved this saga and then it was over. There have been amazing movies in and around this time but these films have been the ones I have gone back to over time. It’s like visiting an old friend you haven’t seen in a while, good times and great memories. 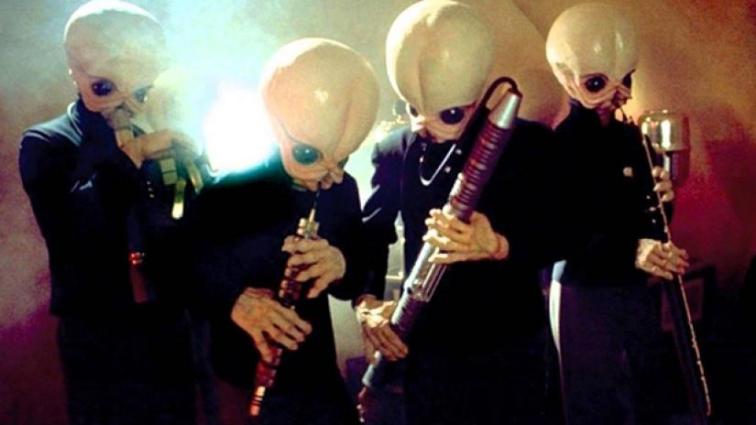 Below are some of my favourite films released between A New Hope 1977 and The Return of The Jedi 1983. I tried very hard to keep this to a minimum of 10 films but it was very difficult. Take a look at them and tell me each one of them is not a classic? I reckon modern YouTube movie review channel presenter’s heads would be falling off reporting on these films. 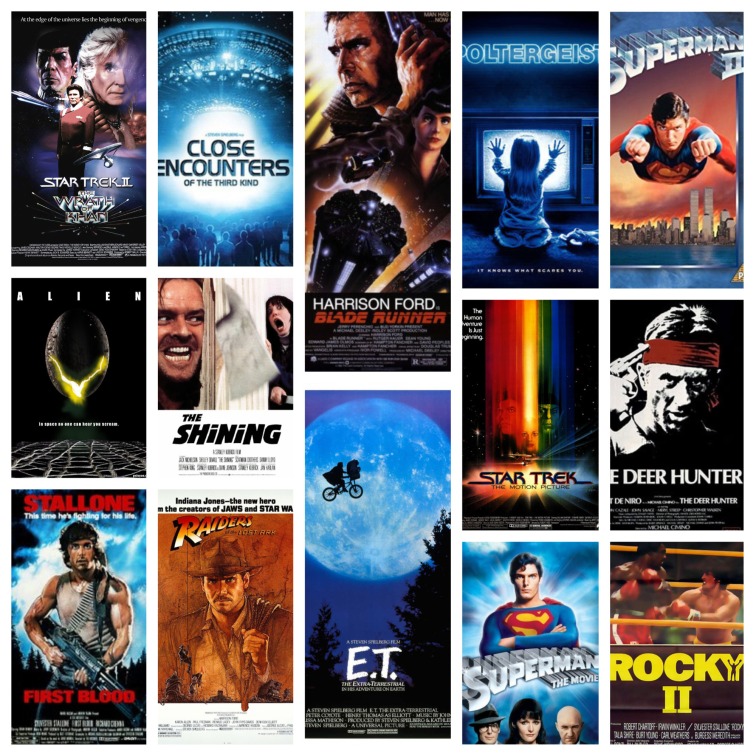 Fast forward to 2018 and Star Wars is still around and could be arguably the biggest it’s ever been, big as in the commercial success it has achieved recently. In 1997 George Lucas released the special editions of original Star Wars Trilogy. The restoration of the sound and quality of the films were amazing but some CGI additions didn’t sit well with the fans, one word, Jabba. This I would say for say is the first time I had seen the movies and director criticised! I heard previously that there were a few complaints about The Return of The Jedi. It would be said it had been aimed at children too much but I was to busy climbing trees to notice. There was no Internet then, so you had to go out and smell some fresh air instead. From 1999 to 2005 the Star Wars Prequel Trilogy was released and this is the second time the fans did not seem happy in the slightest. One band called Hot Waffles if I can remember correctly, released a song called George Lucas raped our childhood. The thing is non-of these films had really upset me. I suppose I still hadn’t grown up yet and could see the humour and silliness in these movies. To be honest, when I do watch Prequels, I still get enjoyment from them today. Okay, they will never be as good as The Original Trilogy but I don’t mind them all the same. In 2015 Disney bought Star Wars for 4 billion dollars. Next statement to be released is that we are going to get more movies including a new saga. Amazing news to me and I was intrigued to see what they would do with the franchise next! So along comes The Force Awakens and yet again like the Prequels I enjoyed the film and nothing more. Rogue One is released and what’s this feeling in the pit of my stomach? I realised this is the first time I haven’t enjoyed a Star Wars film and I am conflicted. All the times I have laughed at fans crying over the special editions and Prequels for taking it all so seriously. In 2017 The Last Jedi was released, which is second film in the new trilogy. This is different though and the press are reporting that Director Rian Johnson is making something amazing so I can forget about Rogue One because this film is going to put me right back where I was in 1977. My Hero Luke Skywalker back and there is no way it can go wrong! The Last Jedi is a beautiful film and for a child I can see it just been as good as the Original Trilogy. In fact better as the original films probably look ancient now to the younger generation. The problem is that I have changed and so has my outlook on life. That’s why these films are just fine to me. I will always have a fondness for Star Wars but there is also room for other things in life to be enjoyed. The problem I had with The Last Jedi was completely my own fault because I went into the film thinking it would match how I felt when I when I was younger, idiotic really. I’m an adult now and these Disney films are aimed at a much younger audience and in that respect, Disney are doing everything right.

Bring Back the Light. 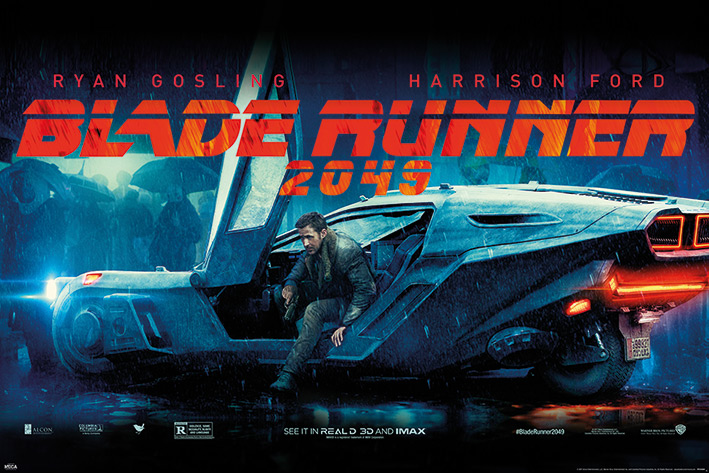 Well, what can I say about Blade Runner 2049? First I would like to apologise for not been one of those people that went to see the film at the Cinema on the week of release. Already this film is starting been shown again at various places again so hopefully, I will get to change that soon enough.  I will be buying some of the amazing Blu-ray releases for the film to show my support. The original Blade Runner has always been a film I have had in my collection over the years. it’s a classic for me that manages to stand alone from everything else. The reason I enjoyed it was because of the fantastic film score, plus great special effects and also a future which I believed in just like Star Wars. I don’t want to go into spoilers for Blade Runner 2049 because if someone reading this blog has seen neither film I wouldn’t like to spoil it for them. I want to talk about the feelings the film gave me and how it enhanced the first film in a new and different way I had viewed it. I’m 41 years old now and with life comes experience and a realisation that life isn’t black and white. It’s much more shocking than that at times and human-kind can be a very cruel species but also very kind as well. Blade Runner 2049 spoke to me as an adult. All the questions asked throughout the film are problems we are starting to become faced within this modern world. This is now a completely different landscape than in 1982, the pacing of this film is very slow and confident enough to just let your mind soak up and think about this dystopian future not dissimilar to our own. The cinematography in this film is also amazing and just breath-taking. 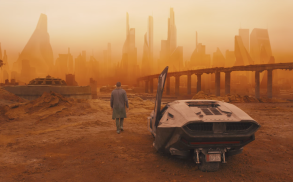 The one thing I will say that is the best thing about this movie is that it can hold its own up against its predecessor very well. I haven’t seen that happen since The Empire Strikes Back in 1982 and that is my point. After watching BR2049 I went back and watched the original Blade Runner and it was like watching a completely new film. I have to admit I could be really late to the party because people have been talking about the themes in the film for years, but now I get it and I like it what it asks about me! The dialogue is so rich in both movies and the characters are so flawed and gives me this isolated feeling which reminds me of real human life. There are very deep questions about life; also about the meaning of it and how we treat new artificial intelligence and what makes us human? It questions the characters backgrounds and makes them question their own identity in this world. Ridley Scott was 45 when he directed Blade Runner and he might have been contemplating his own mortality and identity after suffering a bereavement in his own life during this time. I think that’s what sets the standard for Blade Runner and director Denis Villeneuve has asked those questions again from a new and fresh perspective in my opinion. This film transports me to a whole different world and if you like me find yourself looking for something as good as The Empire Strikes Back in 1982, you might find something in 2017 in Blade Runner 2049. 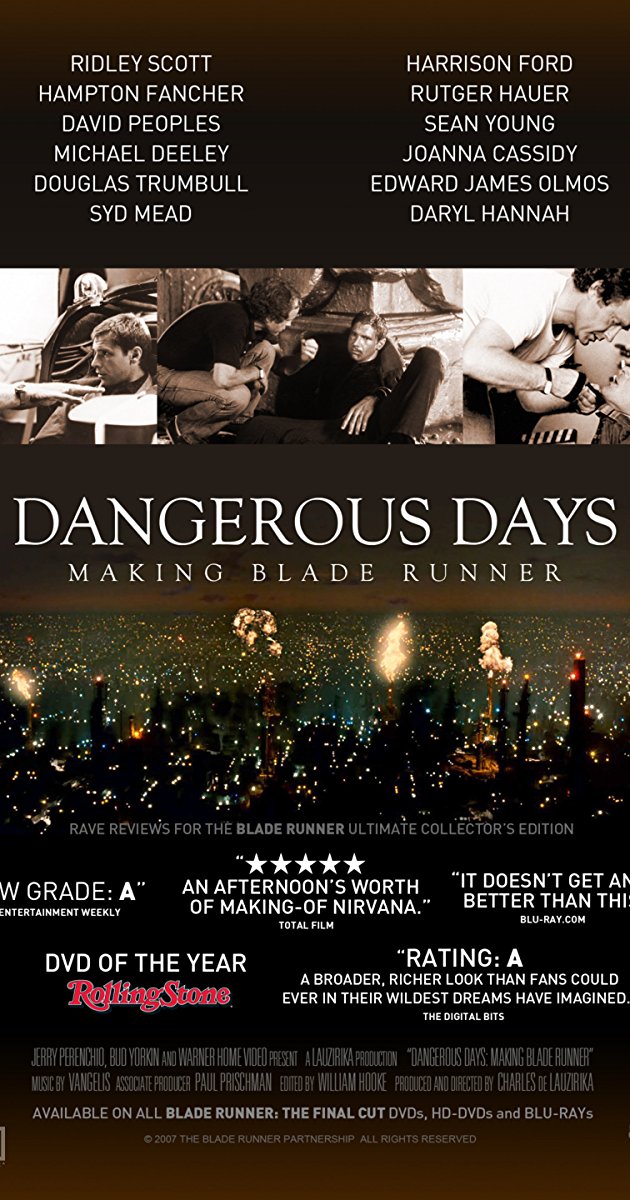 After doing some research I just wanted to mention a few items what helped me understand the film and fandom whole lot better. The first is the documentary Dangerous Minds, this film is over 3 hours long and is a great insight into the original movie. 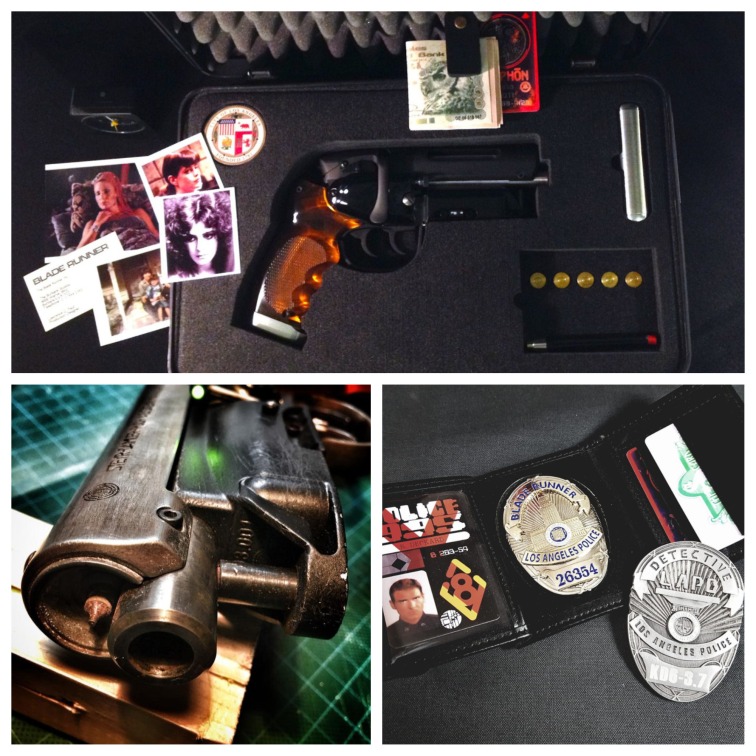 The Facebook group Blade Runner Props: This group is a true testament to how much this film has made an impact on modern culture. This group is shared by people who both make and enjoy the film props in the Blade Runner Franchise. The work and detail that is put into these props are as good if not better than those used on the movie itself. These people are helping each other build up their collections and really is a good place to learn about anything released regarding the movies.

2 thoughts on “Why Blade Runner 2049 is the best film since The Return of the Jedi.”

There was an error retrieving images from Instagram. An attempt will be remade in a few minutes.