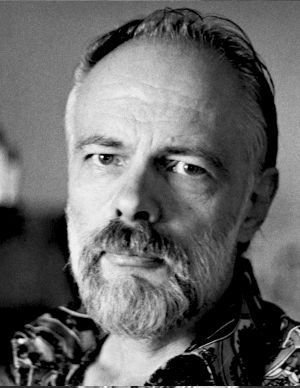 When I started my blog, the whole reason was to improve my knowledge of science-fiction, learn how to write both creatively and correctly and it really was the best idea I have ever had. One person, I find myself really enjoying a lot is Philip K Dick. I have already read some of his books and short stories before and watched some of the films his work has helped inspire. So, I have decided I will start looking at some of his work more in detail and the first place I am going to start is on his recently released show on Channel 4, Electric Dreams. I am going to do this slightly different from my other reviews. First of all, the only thing I am going to research is the Director, Writers, Actors and release date. I don’t know what people’s reactions are to this show already, nor do I want too. Each episode will be my first impression of the series, production and design, story, and conclusion. Once I have finished this series I will move on to his other works. I did think about reading the short story this episode is based on, but I couldn’t find it but when I do read it, I can always post a link on this page on a later date. Anyway, thank you for being one of my first readers and I hope you enjoy it. Now let’s take a look at The Hood Maker.

Written by Philip K Dick and adapted for TV by Matthew Graham.

First of all, I will be honest and say it took me quite a long time to imagine this as a PKD story as I always watched or imagined his work to be in an American accent. The way I managed to get on board with this is by looking back at Blade Runner. I imagined a future where many cultures are living side by side; as soon as my imagination fit into this new world, I felt right at home. Next, I am totally impressed with how far they can take the production value on a television series now, compared to 20yrs ago, let’s say. I don’t know what kind of budget they had but I’m guessing the stretched it as far as they possibly could and kudos to them as these sets are just amazing. The look of this episode reminded me of the Victorian era set in a futuristic landscape, I was very impressed. There some really beautiful shots also that caught my eye; including one when a reel caught fire on a projector and the image is projected onto a wall. The second one is at the end of the episode as Honor is in the river looking at a young Ross fly-fishing, both amazing visuals. Last but not least is the hoods that people wear to block out the telepathic thoughts, they are really are quite frightening and set the mood for the entire episode. I still get goosebumps thinking about them and I guess that’s what the filmmakers set out to achieve. All in all, this was very well made and set the tone for the story very well. I would like to point out that I don’t have any filmmaking skills, nor am I a critically acclaimed writer, I am just a fan who is giving his point of view.

We have all had these moments, right? when you can feel someone close by or have a feeling something will happen and it does? Well, I hope you have because I do! This story reminds me of those moments and I do believe human life will one day be able to understand each other on a much higher level. I must say my vision is a little bit less chaotic that PKD’s but I guess he was far more tuned into human emotions far more than I could ever be. So, the basic outline of the story is about a group of people with telepathic powers called Teeps are used to help The Free Union to help control the political landscape. From what I understand of the story is that a mind reader called Honor is recruited to work with Agent Ross to help find the source of certain hoods that are been manufactured and distributed to people to help block out telepathic thoughts, thus leaving the Free Union open to attacks. I must say this is where I got a little confused? There is a story including a political member who uses the hood and is later attacked by a group of telepaths. Agent Ross and Honor end up sharing a romantic encounter and Honor works out where the hoods are being made. This leads to a final showdown between Agent Ross, the distributor James Cutter and Honor and the telepaths all coming together. James Cutter explains that he has made the masks because everyone has a right to their privacy and in time will learn how to block out any thoughts without the mask. Not only that he points out that Ross already has those powers and is using them to manipulate the telepath’s including Honor. The telepaths take care of James Cutter but it’s the final showdown between Honor and Ross what is the most interesting. The factory used to produce the hoods is now on fire and Honor is locked in a room with Ross locked out. Shocked at realising she cannot read Ross’s thoughts, she asks him to let her read his mind;  we watch her share his thoughts as he is fishing with his dad as a child, with Honor in the water as it rises, unfortunately, the next image is not what she wanted to learn as Ross was using her all along to find help crack the case he is working on, referring her to as “it” in the Police Department.  Ross pleads with her and explains he never expected to fall in love with her and asks her to trust him, the fire gets closer to Ross as he pleads for her to let him in. And then we get the credits with no explanation of what happened next! Did she trust him or watch him burn? I guess that is down to the viewer to answer. 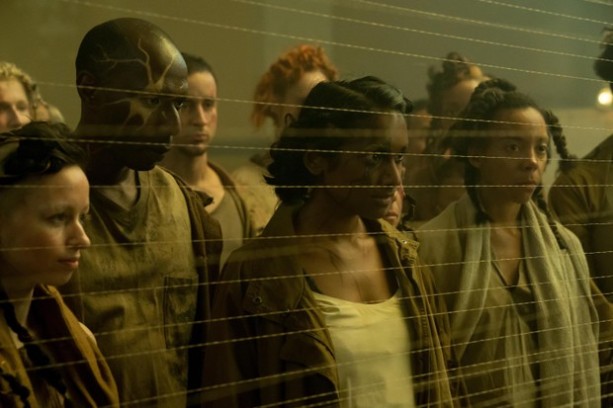 Sorry if the story part is a little confusing to you because it was certainly hard to write. like I said earlier, I’m no writer, I’m just learning the ropes. My conclusion though is pretty simple, we all wear masks already! Why? Well as I speak the whole political world is in a mess and nobody really trusts World Leaders, we don’t need any telepathic powers to work that out! We already feel it, just like I said earlier when I mentioned you can sense things already. Then there is the story with Ross and Honor which hits a little closer to home for me as I also block people out from time to time. I think everyone is a little scared to let people into their lives and sometimes you just have to hope people can see the sincerity in you once they do. will they or won’t they? It’s a question I think people ask all the time. This episode has made me realise I have to trust others a little bit more. I think that’s why I am enjoying the work of Philip K Dick as he helps peel back the layers of life and describes them so eloquently. Well, that’s it and I hope you enjoyed it. I guess this blog is me taking my mask off and sharing my thoughts with others and that is also a little scary as I do understand this blog won’t entertain everybody. Im just trying to learn about life, learn how to write and have some fun along the way. I hope you can join me next time for episode 2.

Thanks for reading this blog and if you like it, please let me know below and leave me a comment. It’s certainly the best part of writing when you hear back from other people. Goodbye for now.