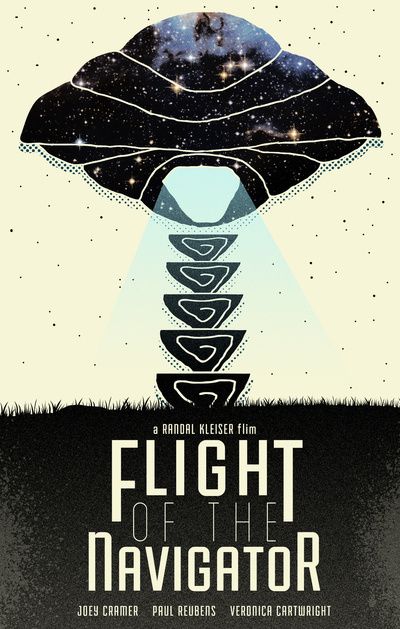 It must be over thirty years since I last watched Flight of the Navigator and I have to say I was a little worried about going back to it. I vividly remember watching this film and thinking “Life doesn’t get any better than this” Thankfully, as an adult and someone who enjoys the process of filmmaking and storytelling, I found that moment of joy and can appreciate it even more.

It’s 1978 and 12-year-old David freeman is knocked unconscious after talking a tumble in the woods. He wakes up and heads home only to find strangers living there. It’s now 1986 and he’s been missing for eight years. NASA believes he’s been abducted by aliens and want to use him in their research. But with the guidance of a strange unseen entity, he discovers a top-secret spaceship and with the help of Max the computer, sets off on an incredible mission to get back to past where he belongs.

The synopsis above is the one used by Viking Films to describe Flight of the Navigator. It could be the very same summary that I read in a video rental store all those years ago. The reason I have put it up is because I can see the words that jumped out as me as a child that made me believe this film was going to be awesome. As an adult, it’s had a completely different effect on me, unexpectedly making me realise how we change as get older.

I do think the current climate is having an effect on my emotions lately and making me feel a little vulnerable to life’s elements. That said, the first thirty minutes of this film had me pretty stressed out and also quite impressed at the same time, quite an achievement for director Randal Kleiser. I would like to give a shout out to the amazing cinematography that’s used before David Freeman’s abduction. I guess these are the three teases of a UFO. The first one is achieved by using silver frisbees in the opening shots, sounds odd but it looks pretty fantastic on screen. The next one is when David and his family are leaving the frisbee contest and a dark shadow engulfs the crowd below, only to realise it’s a good year blimp flying overhead. Finally, and my favourite one of the trio is of a water tower that reveals itself slowly as David goes to pick up his brother. Each one of those images certainly helps build the tension and leaves you wondering what is going to happen next!

I have to say, I don’t remember much about David’s disappearance, but it leaves me wondering if I had chosen to forget it out of sheer fright. I will be honest; it had my anxiety levels going through the roof as I watched David go back home, only to find an elderly couple living in his house. The set design in transforming that house from when David left, until he returned was perfect. Joey Cramer made you feel the desperation of David as he breaks down in tears as the couple approach him from both sides of the stairs. 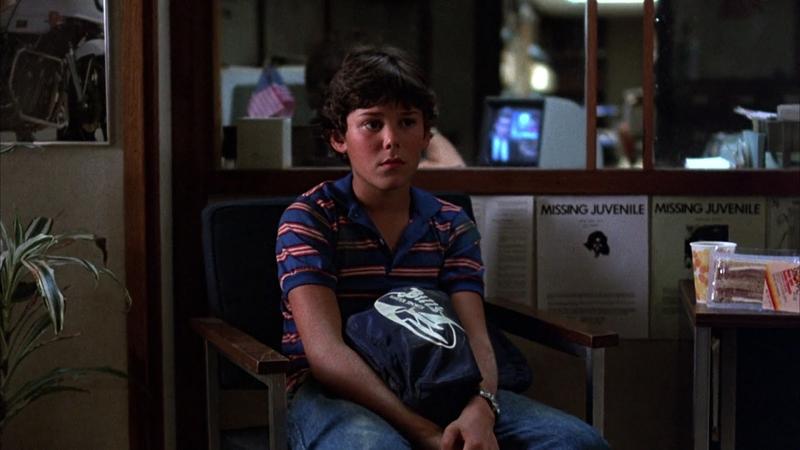 David is finally returned to his family, albeit they are looking a little older. I never really thought about his parents before. I don’t mean to be blunt but getting abducted by aliens is probably the safest thing that could have happened to David that night. I know that it’s meant to be a Children’s film and supposed to be light-hearted. Nevertheless, I am surprised they managed to get that storyline approved. David’s parents ask him to pick up his brother, which involves crossing a railway line and making his way through a dark forest. Now, this is where I know I have changed as I get older, as you become more fearful and cynical. All I can think about is, how his parents would have spent eight years thinking David had been eaten by an alligator or something more serious. It’s simply terrifying when you think about it!!

I have to admire the writers for starting with such a powerful plot twist. Not long after that, you begin to see some of the cool things that can happen when you come back eight years after you went missing. Imagine seeing your younger become older than you and thinking, that’s cool? I know I did and revisiting this scene was still a pleasure. Matt Adler played an appreciable role as David’s now older brother Jeff Freeman, leaving you to feel the emotion as these two brothers come to terms with the reality of the situation. This scene also involves my favourite shot of the film as Jeff enters David’s room inside the hospital ward. As Jeff stands by the door, the light reflection from his glasses looks almost extra-terrestrial. I guess that is an image I can appreciate as an adult that wouldn’t have even crossed my mind as a child. 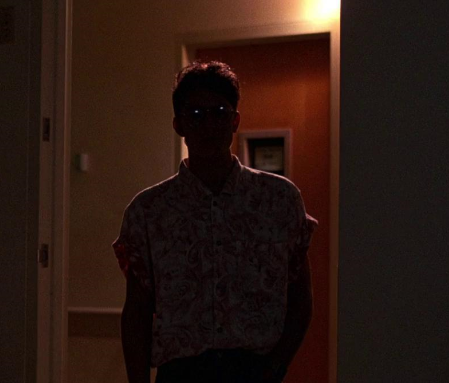 I’m just going to jump right into the Trimaxion Drone Ship, Max for short. After listening to some of the director’s commentary on this film, they pointed out that they went through three hundred sketches before deciding on this design, and thankfully they picked the right one. It reminds me of the spaceship from The Day the Earth Stood Still and certainly should be remembered in the same vein as that films visual appeal. The interior of the ship is just as glorious as the exterior, with its Aztec design and full-on chrome plating, it looks both ancient and futuristic at the same time. The interior of the ship is still miles ahead of anything that came after it. 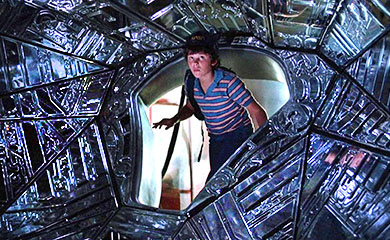 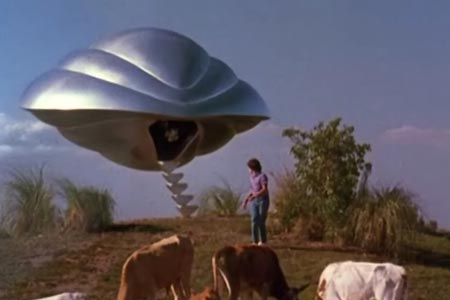 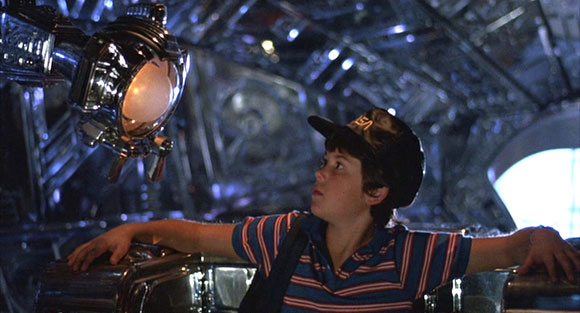 Remember earlier, when I said, Life doesn’t get any better than this? Well, I found that moment and I still had the same feeling about it but now I understand why? David leaves the NASA Headquarters aboard the ship and starts to learn about his disappearance. First of all, he goes to into space, shortly after into the darkest bowels of the ocean and finally meeting the cutest creature ever, the Puckmeran. I can only guess it must have felt like getting slapped around the head with some of the possibilities my imagination had only dreamt about previously. And finally, David gets to fly the ship. No more slapping, that’s a straight uppercut. The idea of a Max going across space and time in search of new forms of life is as good as it gets for any young science-fiction fan. 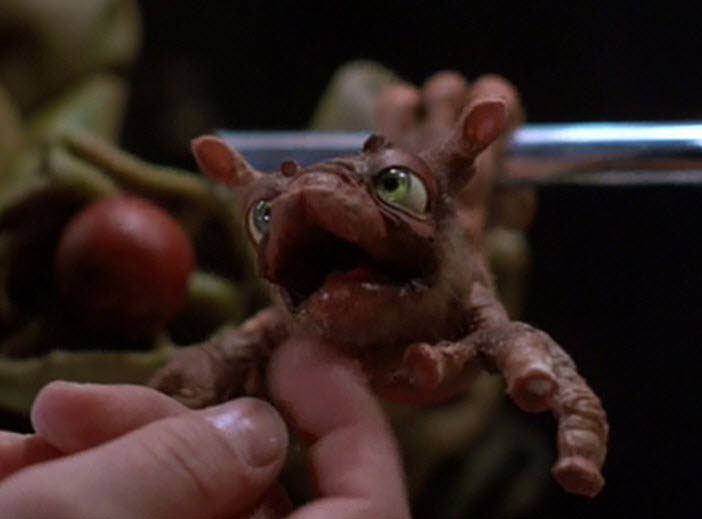 Something happened on my second viewing while listening to the directors’ commentary. I was learning about some of the visual effects created for exterior shots of the spaceship and I was enjoying it, but? I was learning about the steps that led David into the ship and I couldn’t watch it any longer. The reason is, I’m just revisiting the film and it reminded me of a simplicity I once enjoyed. I don’t want to look behind the curtain and see all the bells and whistles because the memory I had as a child deserves a bit of respect and part of me still wants to hold on to that feeling I had at that moment. 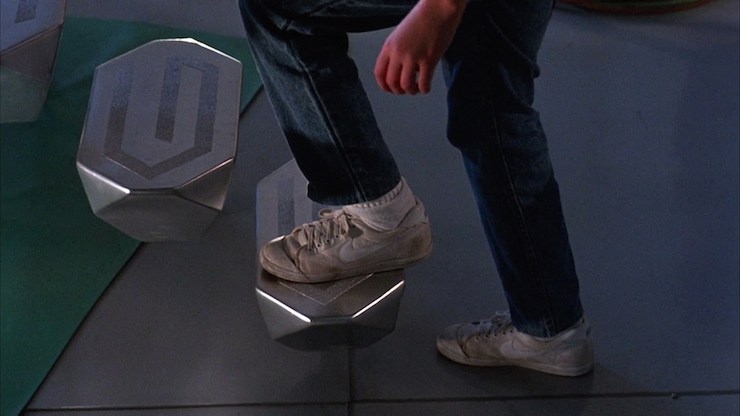 Incase you wasn’t aware, David finally made it back home to 1978. That whole sequence when Max takes him back in time is visually pretty spectacular and had a feeling of 2001: A Space Odyssey. I suppose it’s impossible not to compare it to E.T the Extra-Terrestrial because they even mention it in the film. I will say, E.T had more emotion as it was a dysfunctional family going through their ordeal together. In a way, everyone is alien to David in this film, including his family. I guess that that turns it into a story with only one objective and nothing in between. That said, I still love it as much as E.T and Mac and Me, which is also an absolute classic by the way. I think it is a well-crafted film and the soundtrack is top-notch. I enjoyed the comedy moments plus I have to say Sarah Jessica Parker was pretty hot, something else I failed to see as a child. Funny, I never realised Pee Wee Herman Paul Reubens was the voice of Max because it is pretty obvious. Thinking about it, I only was only aware of Pee-Wee Herman Paul Reubens later on in life when his films hit England. 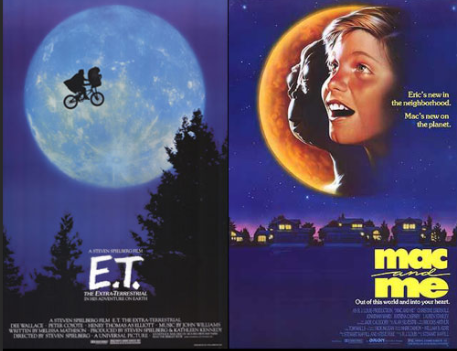 It looks like I will have to take a peek behind those curtains after all! I was made aware of a documentary called Life After The Navigator a while ago after I reviewed Life After Flash. I didn’t think it was in production yet but after checking, it has a November 9th 2020 release date. I will post the trailer below and I hope you check it out. To say I am excited by this would be an understatement. I don’t know if you are aware of Joey Cramer’s personal life but it’s very interesting, to say the least. It will be intriguing to see his story and learn how life has affected him as he grew older. I know Flight of the Navigator is a beloved film and might be beyond the realms of possibilities but the fans make it a reality in the way they celebrate their love and respect for it. I also know, they never leave one of their own behind and I’m looking forward to seeing how this film may become a miracle after all. See you all later Navigators!

There is only one more question to be asked. Where will I be going in My Journey into Science-Fiction Part:21? Well, I was thinking about visiting, Chronicle 2012 because Matt Adler plays a reporter in that film. However, against my better judgment, I will be choosing Ready Player One because Alan Silvestri composed the soundtrack to that film after replacing John Williams. I only say against my better judgement because it’s a pretty complex film and I am worried about how I am going to write it. I also realise that you need to push yourself sometimes and I love a challenge. 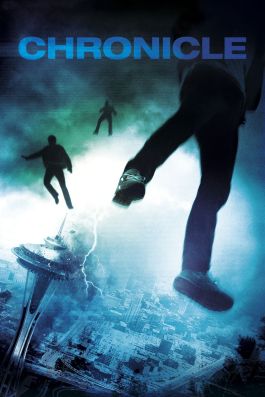 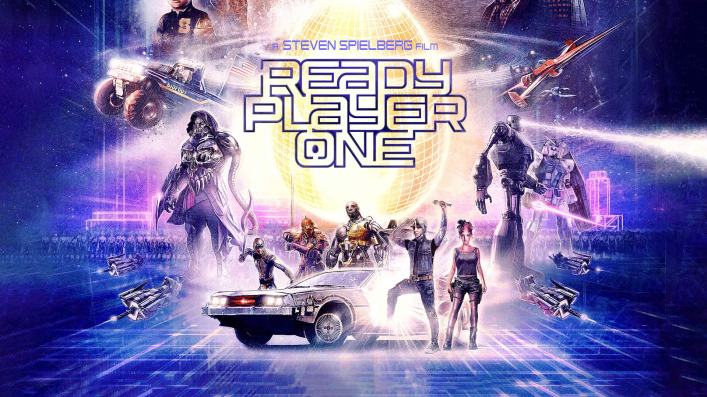 Anyway, what do you think about Flight of the Navigator? Does it hold any special memories for you or had an impact on your life in a certain way? I would love to hear your thoughts in the comment section below. Thank you for visiting today and take care.

My Journey Into Science-Fiction Archives.