Written by Brian Jay Jones and narrated by Kirby Heyborne the book is a wonderful glimpse into the life of Jim Henson, and how his family and his closest collaborators created a legacy that helped educate, entertain and elevate the imaginations of millions of children and adults for over 60 years. The book became a New York Times Bestseller and also won Goodreads Best Biography of 2013. 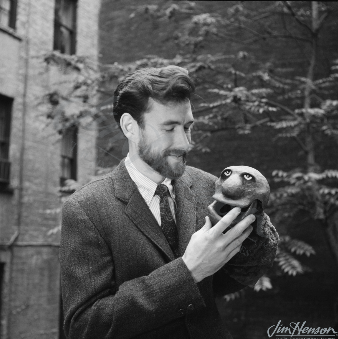 I love to read but I’m also pretty busy throughout the day, so you will always find me with my EarPods in listening to podcasts and audiobooks more than any other form of media. I also enjoy the freedom of going for a walk, soaking up a good story and enjoying nature, all at the same time. This audiobook has made all those moments extra special and with a running time of just over 21 hours, I have enjoyed every minute of it.

From the early days of Sam and Friends, The Muppets landing in England and the creation of the creature workshops used for The Dark Crystal, this book is crammed to the seams with lots of different stories and is far too big for me to review as a whole. Instead, I would just like to talk about a few things that really caught my attention the most.

I love creative people and Jim Henson was such a pioneer at this and rarely took his finger off the pulse throughout his career. I knew his name and admired his work but I had rarely thought about who he actually was and what made him tick. I have been watching some interviews with Jim and Kermit on YouTube and suddenly a very vivid memory came to me, as a child I was always watching Kermit and never even imagined it was a puppet. I guess that shows just how magical it all seemed at the time. I’m older now and its Jim who has captured my imagination the most. Time plays a theme throughout his life and he was never happy to waste it, always looking for new ideas to help satisfy his need to create new art.

He also seemed like a man who really thought about the human condition and how he could make an impact on the lives of other people with his kindness. On the other hand, he is also a man with some flaws, especially with the ladies but that makes him more human and far more interesting to me. These are just comments from a person who listened to one book and I’m pretty sure there are far more sides to his personality than I mentioned above. As far as the book goes, I loved his spirituality, his generosity and his dedication to his craft.

The main reason I bought this audiobook was to learn about one of my favourite films, Labyrinth. I watched this film when it was first released in 1986 and it blew my mind and still fascinates me today. Sadly, it was around the time of the passing of Terry Jones that I reached this part of the story and it made me appreciate his involvement in creating the screenplay for the film even more. It was great to hear the origin stories of David Bowie’s role as Jareth and Jennifer Connelly’s eventual role as Sarah. George Lucas arrived on the set with Darth Vader as filming began to wish everybody luck. I really enjoyed how Jim really appreciated the making of this film and seemed to be really having the time of his life at the studio. Unfortunately, the enjoyment of the story suddenly ended for me and I felt numb and actually far more hurt than I thought I would be.

In 1986 Labyrinth was regarded as a box office failure. To be honest, I knew the film hadn’t done as well as they thought would but it was the first time, I realised how much of a disappointment it was to the people involved in making it, especially Jim. The reason why I was hurt by this was that as far as I’m concerned, the film is one of the best times I have had in a cinema. Not only that, it’s growing in popularity year after year. As a child, I knew nothing about box-office results or critics and I only wish he knew how much I loved the film, I think that would have made him smile and look at it differently. Today I was listening to an interview with Brain Henson and he said the exact same thing, he only wishes his father could have seen just how popular Labyrinth has become today.

I have only scratched the surface of what this book is about and it has really made a lasting impression on me. It’s so wonderfully written and puts your right in the centre of Jim Henson’s life and the World that he lived in. I always knew about the success Jim had as a whole but I never knew about the struggles he faced in bringing some of his work to light. I have always fancied the idea of a biopic about George Lucas’s life around the time of making the original Star Wars but Jim’s life would make a film just as perfect.

Brian Jay Jones has also written a book about George Lucas, it’s safe to say I will be buying the book and will read that one this time, I can’t wait to get started. If you would like to know any more about the author, click on the link below for his website.

I really enjoyed The Dark Crystal; Age of Resistance and the future of the Jim Henson Company looks pretty fantastic. I have also realised there is a lot of work that I haven’t watched in the past but that is going to change soon enough. I’m currently watching The Story-Teller and looking forward to starting Farscape for the first time. 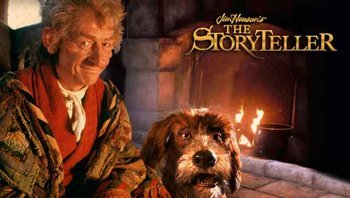 Thanks for reading and please leave me any comments as it’s always good to hear your views. 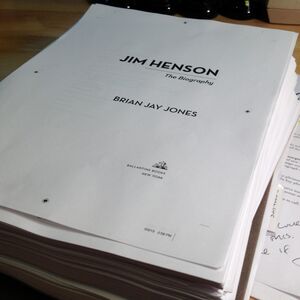