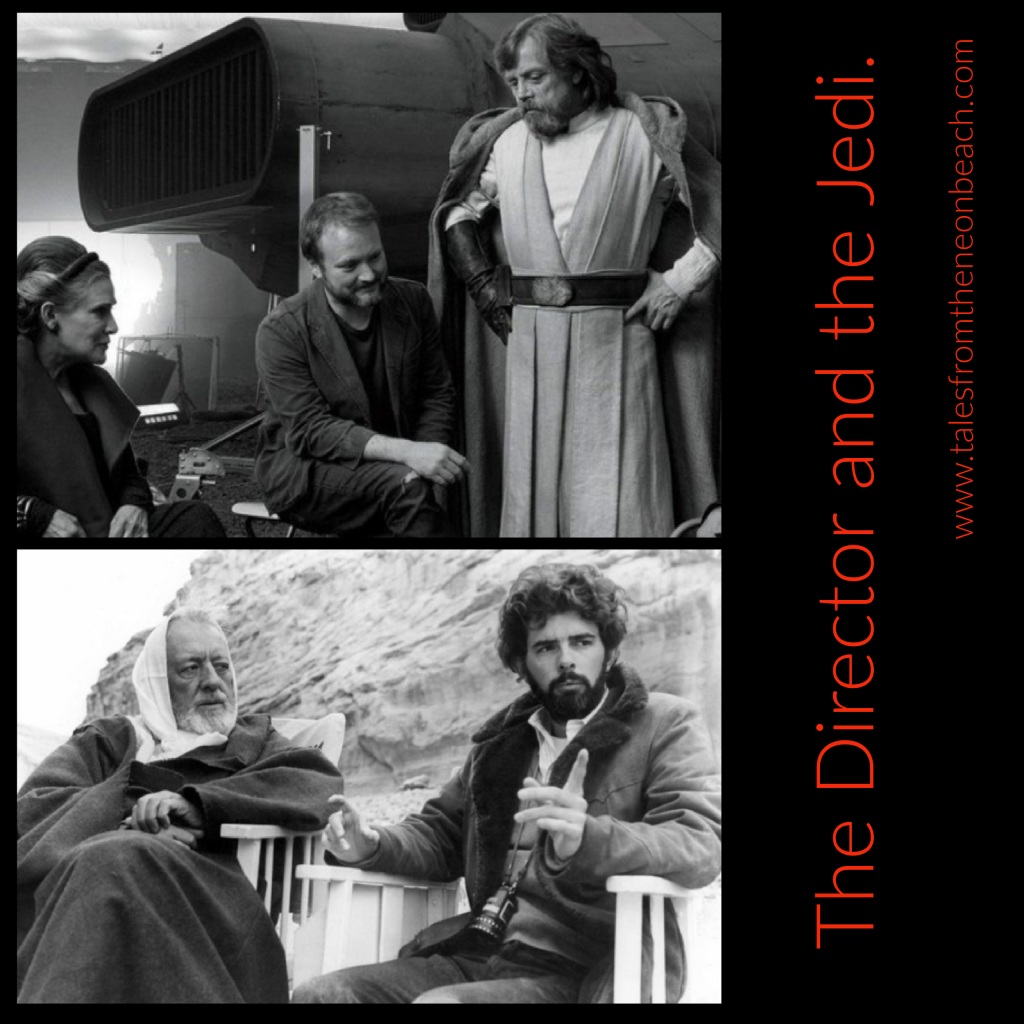 First of all, I would to apologise to Rian Johnson. I watched The Last Jedi at the midnight screening on opening night and to be honest I left the cinema completely shocked and unsure if this was my Star Wars anymore? After some thought, lengthy discussions and finally watching the film at home, I realised I was wrong about my initial reaction! This is the Star Wars people need. The film itself is very much in keeping with the original trilogy because as those movies progressed George Lucas was always pushing the boundaries with the story and special effects, this is very similar to what The Last Jedi has done. I can only imagine how much as a young child I would have devoured this film. It took a very special director like Rian Johnson to be brave enough, not to simply give us something we want but to give us something we didn’t even know could exist. Sorry, Rian. 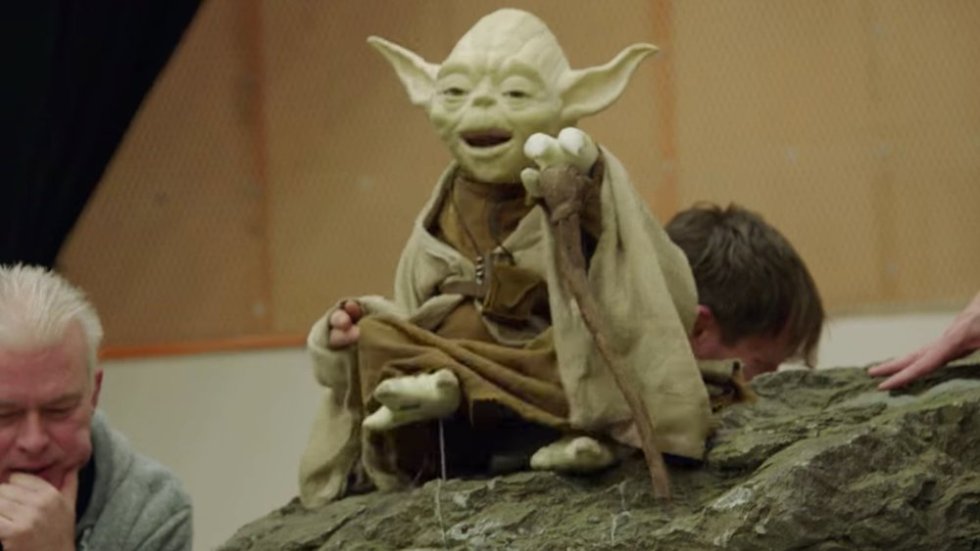 So, I watched The Director and the Jedi today and this only cemented my love for the film even more. At the beginning of the documentary, Kathleen Kennedy shows her love for Rian Johnson by telling him how special it had been working with him and the team at the wrap party. Just from this event alone, you can see how much this means to everyone involved. The sheer number of people who worked on the film must have made it a logistical nightmare. If this documentary has taught me anything, it’s how much Rian Johnson loves and cares about Star Wars. The documentary might be called The Director and the Jedi; however; it actually shows how much time, passion and energy went into making the film from everybody over at Lucasfilm. I almost feel bad for disliking my first viewing at the Cinema but I now think my reaction is part of the response that I feel he wanted to create! Also, there is a moment when Rian is informed that George Lucas would like to speak to him on the phone later, I get the feeling that everyone involved in Star Wars still treat George with complete admiration and respect. I feel there are some fans out there who could adopt the same mentality. Getting back to the logistics of making a Star Wars film, the schedule involved in the process is staggering and every one of those people deserve to be applauded for bringing it all together. Neil Scanlan, the creative supervisor, and his team have helped create some of the best creatures ever shown on film, never mind Star Wars. My jaw was literally on the floor as you are shown around the creature workshop with all these wonderful puppets coming to life. The other thing I learned from this documentary is that all the people working with Rian have really bought into his vision and were ready to do their absolute best for him. One of my issues I seem to have had about The Last Jedi is the character Rose but after Rian describes the character as someone who does not fit into a Star Wars film made me realise just how big of a statement this is. Furthermore, It made me think about how we treat characters on film and people in real life because we decide they don’t look the part, so the issue is resolved for me as far as I am concerned. Canto Bight, another moment in The Last Jedi that I didn’t seem to enjoy and I felt the Casino could have been utilised a lot better, but the set that was built and the creatures used there are completely out of this world. We see Mark Hamill again make the statement that he completely disagreed with Rian’s treatment of Luke Skywalker. I admire Rian even more now because it is a really big decision to kill off one of Star Wars biggest characters, if not the biggest. He stood by his decision and this is really one of the sweetest moments in the entire film. Watching Carrie Fisher behind the scenes made me smile a lot, she looks completely crazy but also very elegant. I really admired her as a person and as Princess Leia and I really loved the way the documentary paid homage to her. I was also impressed with how Rian dealt with those circumstances he found himself facing. Another moment of admiration I felt for the crew who worked on the film is that I could not tell you if they were on an actual movie set or on location? The set designers really created some beautiful places. I guess it’s the dream ticket to work on a Star Wars film but this documentary shows just how long and tiring it is for the cast and crew, it actually took six months to come up with the correct design for Kylo’s scar alone which shows the meticulous attention to detail throughout the film. 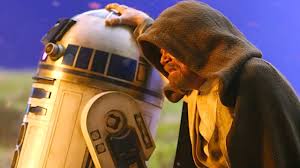 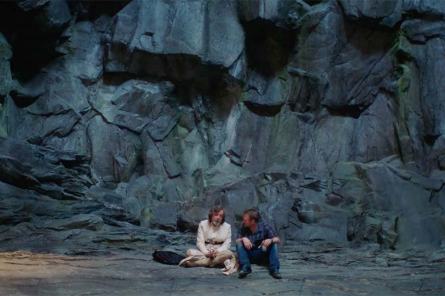 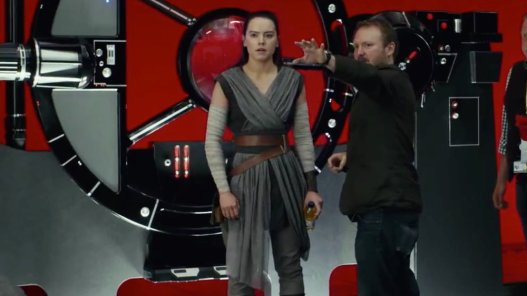 As I said earlier, this documentary tells a much bigger story than the Director, this helps showcase the talent Lucasfilm has been creating since 1977. I really love The Last Jedi now and I loved this documentary. I am going to stop worrying about what a Star Wars film should be and leave it to these wonderful artists. I struggle to write a blog so what do I know about which way they should take the franchise? When you watch The Last Jedi without those preconceptions, then it really becomes a wonderful and beautiful film. Okay, there are parts of the film I think could have been better but not enough to spoil it for me. Kylo Ren says in the film “Let the past die. Kill it, if you have to.” In other words, don’t let some romantic view of the Original Trilogy spoil your love for these new Disney era films. Some people are starting to talk of Star Wars fatigue? Me, I will be counting the days between each movie. As for Rian Johnson, well I wish him the best of luck in his new trilogy for Star Wars, which he well and truly deserves.

Thank you for reading, it really is appreciated as I’m quite new to the blogging world. If you enjoyed reading this blog then please leave me a like or comment. If you decide you would like to follow me then I will follow you right back, enjoy your time people.